‘Indiscriminate use of hydrogen’ could slow energy transition: Report 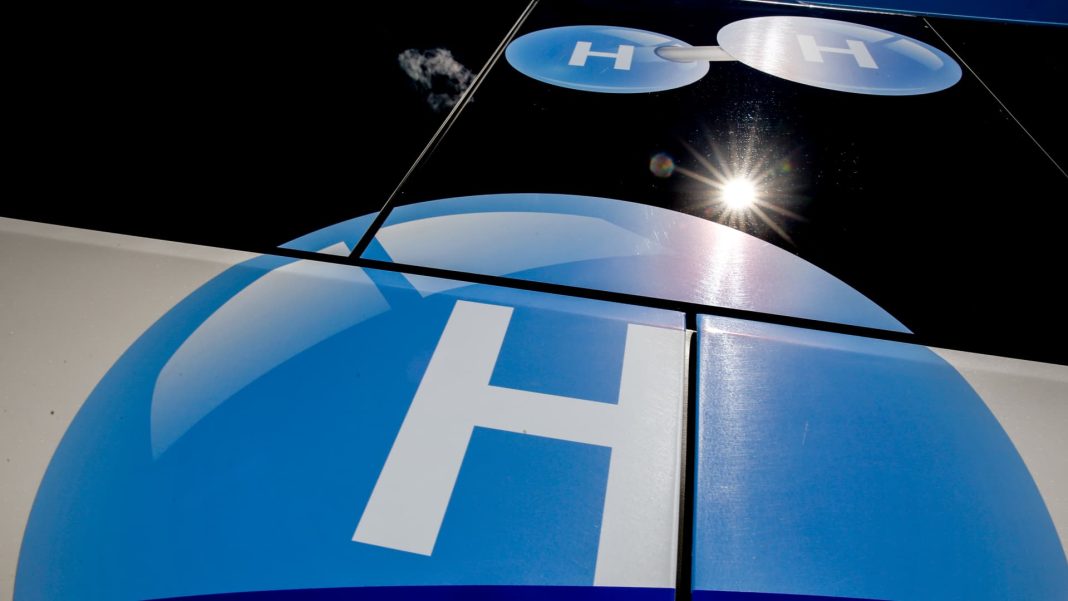 A hydrogen bus photographed in Poland. Hydrogen has a diverse range of applications and can be deployed in a wide range of industries.

Hydrogen use by the G-7 could jump by four to seven times by the middle of this century compared to 2020 in order to “satisfy the needs of a net-zero emissions system,” according to a new report from the International Renewable Energy Agency.

In a foreword to the report, IRENA Director-General Francesco La Camera said it had “become clear that hydrogen must play a key role in the energy transition if the world is to meet the 1.5 °C target of the Paris Agreement.”

Despite this assertion, IRENA’s analysis — which was published on Wednesday, during the COP27 climate change summit in Egypt — paints a complex overall picture that will require a delicate balancing act going forward.

Among other things, it noted that “despite hydrogen’s great potential, it must be kept in mind that its production, transport and conversion require energy, as well as significant investment.”

“Indiscriminate use of hydrogen could therefore slow down the energy transition,” it added. “This calls for priority setting in policy making.”

The first of these priorities, IRENA said, related to the decarbonization of “existing hydrogen applications.” The second centered around using hydrogen in “hard-to-abate applications” like aviation, steel, shipping and chemicals.

The energy transition can broadly be seen as a shift away from fossil fuels to a system dominated by renewables. Given that it depends on a multitude of factors – from technology and finance to international cooperation – how the transition pans out remains to be seen.

A spokesperson for Hydrogen Europe, an industry association, told CNBC that IRENA was “correct that the deployment of large-scale infrastructure and energy production require large-scale investments, and it is true that it requires energy to produce, store and transport hydrogen.”

The spokesperson said Hydrogen Europe agreed “that any development of hydrogen-related projects should be done responsibly and that certain use applications should be prioritised over others.”

“On how to prioritise, we believe this should be done as much as possible through market instruments that properly value the CO2 emission savings and other aspects (like security of supply), so that consumers can make informed choices,” they added.

A “top-down dogmatic restriction of certain sectors,” such as hydrogen for heating, should be avoided, they said.

Described by the International Energy Agency as a “versatile energy carrier,” hydrogen has a diverse range of applications and can be deployed in a wide range of industries.

It can be produced in a number of ways. One method includes electrolysis, with an electric current splitting water into oxygen and hydrogen.

If the electricity used in this process comes from a renewable source such as wind or solar then some call it “green” or “renewable” hydrogen. Today, the vast majority of hydrogen generation is based on fossil fuels.

In a statement published alongside its report, IRENA said the G-7’s goal of net-zero emissions by the middle of this century would “require a significant deployment of green hydrogen.”

Over the past few years, major economies and businesses have looked to tap into the emerging green hydrogen sector in a bid to decarbonize the way sectors integral to modern life operate.

During a roundtable discussion at COP27 last week, German Chancellor Olaf Scholz described green hydrogen as “one of the most important technologies for a climate-neutral world.”

“Green hydrogen is the key to decarbonizing our economies, especially for hard-to-electrify sectors such as steel production, the chemical industry, heavy shipping and aviation,” Scholz added, before acknowledging that a significant amount of work was needed for the sector to mature.

“Of course, green hydrogen is still an infant industry, its production is currently too cost-intensive compared to fossil fuels,” he said.

“There’s also a ‘chicken and egg’ dilemma of supply and demand where market actors block each other, waiting for the other to move.”

Also appearing on the panel was Christian Bruch, CEO of Siemens Energy. “Hydrogen will be indispensable for the decarbonization of … industry,” he said.

“The question is, for us now, how do we get there in a world which is still driven, in terms of business, by hydrocarbons,” he added. “So it requires an extra effort to make green hydrogen projects … work.”