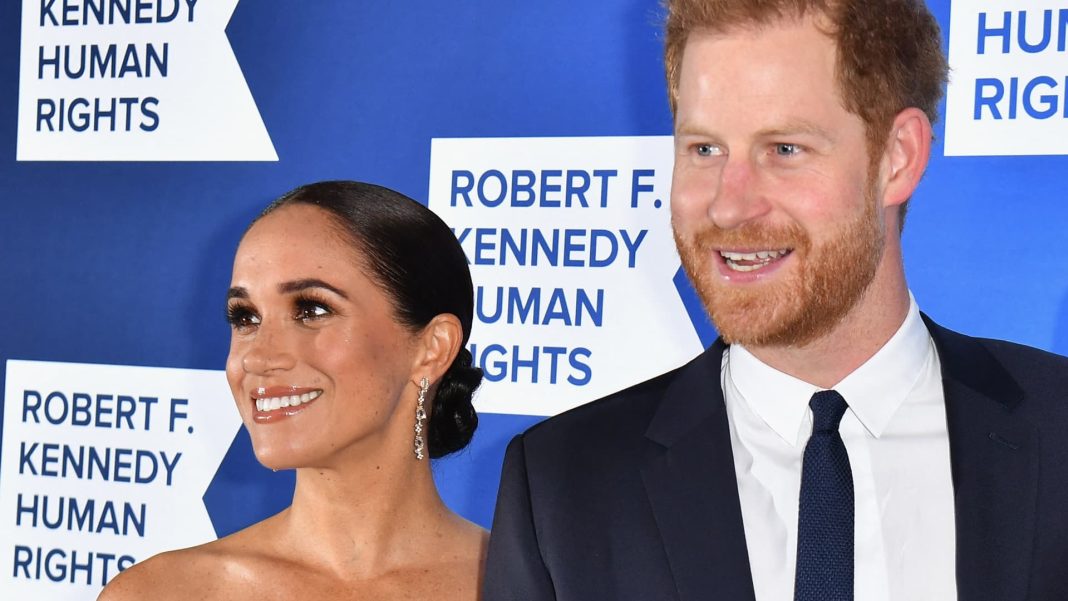 Netflix’s series about Prince Harry and Meghan has become the streaming giant’s biggest documentary debut yet.

Netflix’s documentary series about Britain’s Prince Harry and his wife, Meghan, the Duchess of Sussex, has become the streaming platform’s biggest documentary debut yet.

That marks the “highest view hours of any documentary series in a premiere week,” the streaming giant said in a press release outlining its top-performing shows for the week ending December 11.

The first three episodes of the highly anticipated six-part show were released Dec. 8, with the final three installments to follow Thursday.

A story of two halves

The series, which Netflix billed as an “unprecedented and in-depth” documentary, appeared in the streamer’s Top 10 TV list in 85 countries, and ranked number one in the U.K.

Netflix did not immediately respond to CNBC’s request for comparable viewing figures for other documentary debuts.

However, Netflix’s global viewing figures showed the documentary ranked as the second-most watched English-language series on the platform during the week, behind Tim Burton’s Addams Family drama “Wednesday,” which recorded 269.67 million views.

By comparison, season five of “The Crown,” now in its fifth week of release, recorded 18.9 million views over the week.

“Harry & Meghan” is one of a series of programs the pair is producing under a commercial deal with Netflix.

The first three installments of “Harry & Meghan” act as a love letter to the pair’s high-profile relationship, revealing new details of their first introduction in 2016 via a mutual friend on Snapchat, to their ultimate decision to step down from the royal family in 2020.

However, they were notable as much for what they excluded as what they contained, with few difficult questions asked and a lack of critical voices throughout.

Viewers may be hoping for more juicy revelations in the second set of episodes.

Still, the viewing record will be seen as a boon for Harry and Meghan, as they try to forge a new profile outside of the royal family.

“Harry & Meghan,” which was directed by Oscar-nominated Liz Garbus, marks one of a series of programs the Sussexes are producing under a commercial deal with Netflix.

Their production house, Archewell Productions, is due to release another Netflix series, “Heart of Invictus,” in 2023.