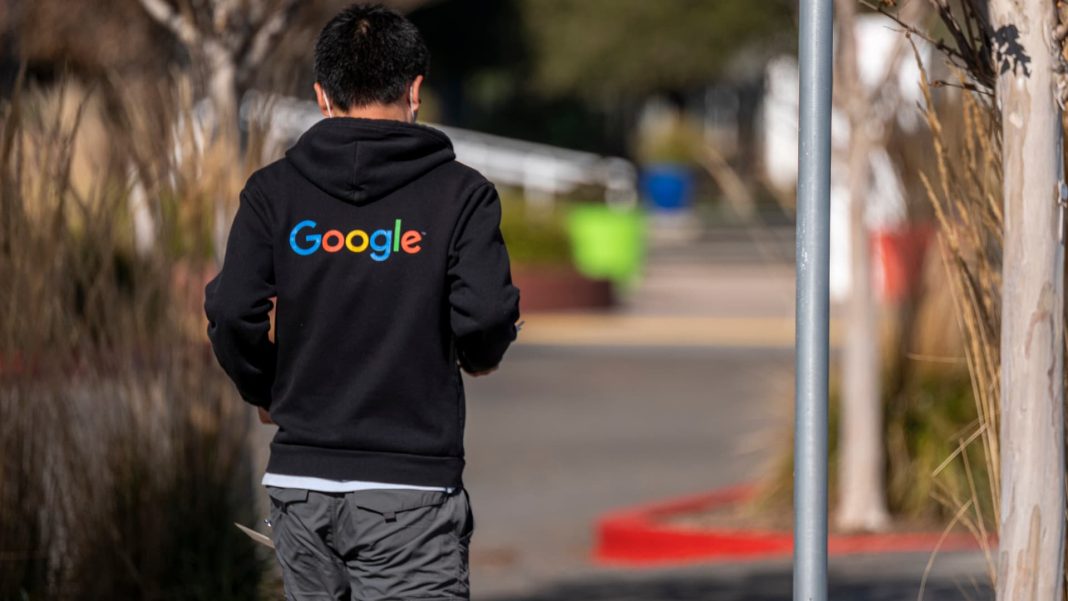 A pedestrian strolls on the Google campus in Mountain View, California, on Jan. 27, 2022.

Google employees who qualify for bonuses will get 80% of the sum in January, with the remainder coming in March or April, according to a memo obtained by CNBC. That’s a departure from Google’s typical practice of delivering full checks in January. A Google spokesperson said it “extensively” communicated that change.

Google announced Friday that it would lay off about 12,000 people.

It’s not the only company to adjust or scale back bonus payments this year.

Goldman Sachs reportedly cut its bonuses for junior bankers by up to 90%. The investment bank earlier this month announced job cuts for up to 3,200 employees, or 6.5% of its workforce.

Across all industries, small businesses slashed 2022 bonuses by 9.7% to an average $526, down from $582 in 2021, according to Gusto, a payroll provider. They shrank most — by 10.7% — among financial companies, law firms and others in the “professional services” category.

“As companies prepare for what 2023 has in store, they handed out smaller end-of-year bonuses to close 2022,” Luke Pardue, an economist at Gusto, wrote in a recent analysis, alluding to an uncertain economic outlook for the year ahead.

The timing and amount of year-end bonuses are generally not a guarantee — as firms have shown recently. And that means workers shouldn’t spend money they anticipate receiving but don’t have yet.

“Companies are so variable in how they determine and pay bonuses,” said McClanahan, a member of CNBC’s Advisor Council.

Waiting until a windfall lands in your account to spend it may sound like common sense — yet many workers do fall into the trap of overextending themselves, she said.

More often, tax refunds are a bigger pain point than bonuses, whereby people think they’ll get a bigger check from the government than is ultimately paid during tax season, McClanahan said.

Tax season for individuals starts Jan. 23. About 30% of Americans say they’ll rely on a tax-refund windfall to make ends meet, according to a recent Credit Karma survey. Yet the IRS has warned taxpayers that refunds may be smaller in 2023 now that many pandemic-era tax breaks have expired.