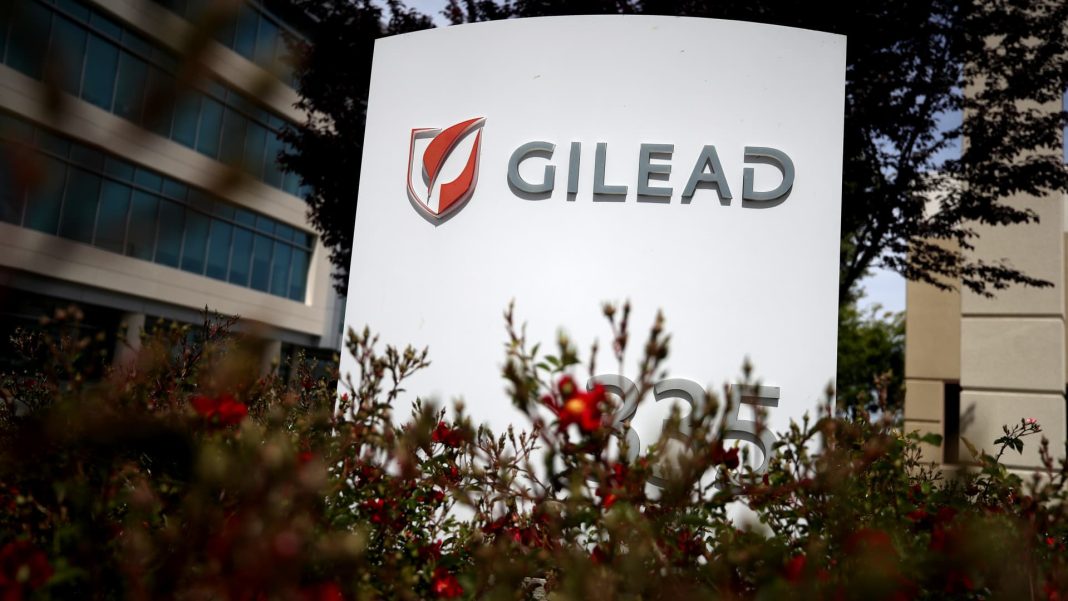 A sign is posted in front of the Gilead Sciences headquarters on April 29, 2020 in Foster City, California.

Check out the companies making the biggest moves midday:

Lucid — Shares of Lucid rose more than 3% after the electric vehicle maker announced a capital raise of about $1.5 billion through a series of stock sales.

Tesla – Shares of Tesla sank 5.3% after Evercore ISI lowered its price target on them, citing concerns as the stock failed to hold a key level. The stock has been hurt this month by worries about its China operation and concerns about CEO Elon Musk’s new leadership at Twitter.

Moderna — Shares of the drug maker rose 5.7% in midday trading Tuesday. On Monday, the stock was upgraded by Jeffries to buy from hold. A promising new cancer vaccine has renewed interest in the stock, the firm said.

QuantumScape — Shares of electric vehicle maker QuantumScape jumped 3% after the company said it would start shipping prototypes of its batteries to automakers.

FactSet Research — FactSet Research’s stock slid nearly 2% after the financial data and analytics company reported quarterly revenue of $504.8 million, less than the $510.5 million expected from analysts, per StreetAccount. However, it beat on earnings, reporting an adjusted profit of $3.99 per share versus the $3.62 expected.

Steelcase — Steelcase rallied more than 12% after reporting better-than-expected third-quarter earnings and issuing an upbeat profit forecast. While the office-furniture maker’s quarterly revenue fell short of estimates, its order backlog is 3% higher than it was a year ago.

Stitch Fix — Shares dropped more than 9% after JPMorgan downgraded the online apparel company to underweight from neutral. The investment firm said Stitch Fix has had a “tough year” after four consecutive quarters of declines in active clients, JPMorgan said.

Loews — Shares of Loews gained 2.5% after the company announced the Delaware Supreme Court reversed a decision that had awarded former minority unitholders in its Boardwalk Pipelines subsidiary about $690 million, plus interest.