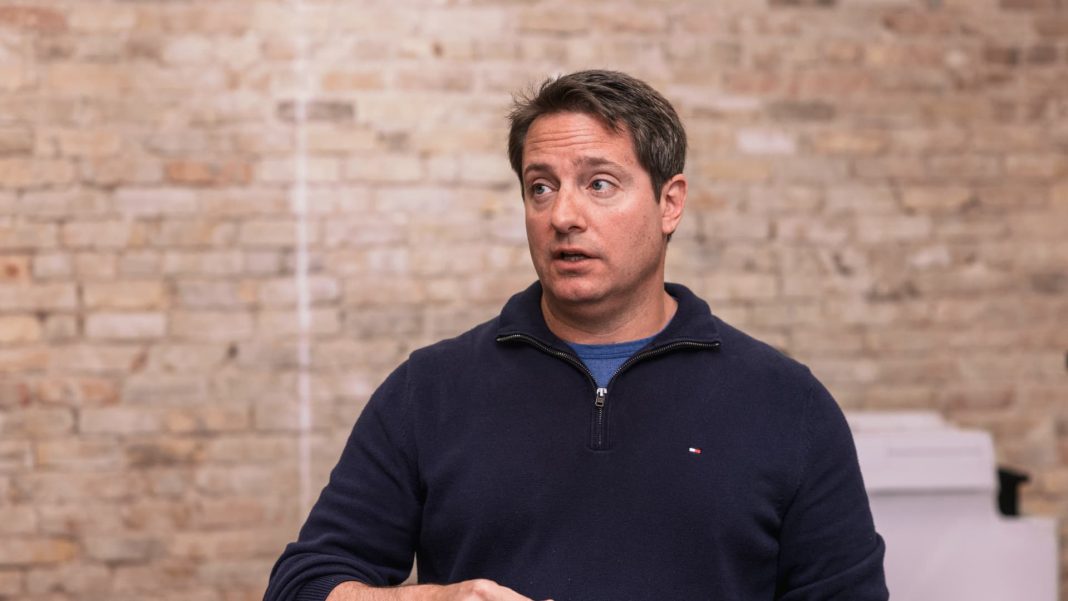 Block told CNBC’s “The Exchange” he had seen the business trajectory of the former billionaire and thought there was “obviously something wrong.”

‘Big Short’ Michael Burry on his current positioning: ‘You have no idea how short I am’

“[Bankman-Fried] went from zero to, I’m worth 20 billion dollars, I’m putting our logo on major league baseball umpire uniforms and on the Miami Heat area. It seems like really trying hard to establish yourself as a household name.”

Bankman-Fried has not responded to a previous CNBC request for comment. A spokesperson for FTX did not immediately respond.

Block said he had concerns about Alameda Research, the trading firm SBF co-founded that was recently revealed to have borrowed billions in FTX customer funds without their knowledge and contributed to FTX’s bankruptcy. Block said a September 2021 article found Alameda’s assets were substantially in the cryptocurrency solana, which at the time was plunging in value, raising questions about its debt and source of funds.

“When nobody’s minding the store and there’s very little regulation and it’s an asset that is of questionable reality, this is what you get,” he said.

Block is a crypto sceptic who described the recent surge into the industry as a bubble based on a “suspension of disbelief.”

“In order to have an enormous bubble, there needed to be an entirely new asset class that nobody could say, well this has happened before.”

He also said it “needed to be an asset that barely has any value.”

“Crypto, as I understand it, there’s generally some value in the gas fees, but if you look at the value at which these things trade, we’re talking the real value is a sliver of the entire price of these things. So it’s been a bubble and it’s been unregulated,” he told CNBC.

In February, Reuters reported he and other investors and hedge funds were being probed by the U.S. Justice Department as part of an investigation into short selling.

His comments come amid a war of words in the crypto sphere as it grapples with the recent volatility.

At an event hosted by CNBC on Thursday, Changpeng Zhao, founder of cryptocurrency exchange Binance, said he was “shocked” that Bankman-Fried “lied to everybody,” and described his actions as “fraud.”

Zhao, who goes by “CZ,” also hit back at recent comments by economist Nouriel Roubini, who on Wednesday described him as one of the “seven Cs of crypto” along with “concealed, corrupt, crooks, criminals, con men, carnival barkers.”

In a court filing, Ray said he did “not have confidence” in the accuracy of the balance sheets for FTX and Alameda Research, writing that they were “unaudited and produced while the Debtors [FTX] were controlled by Mr. Bankman-Fried.”