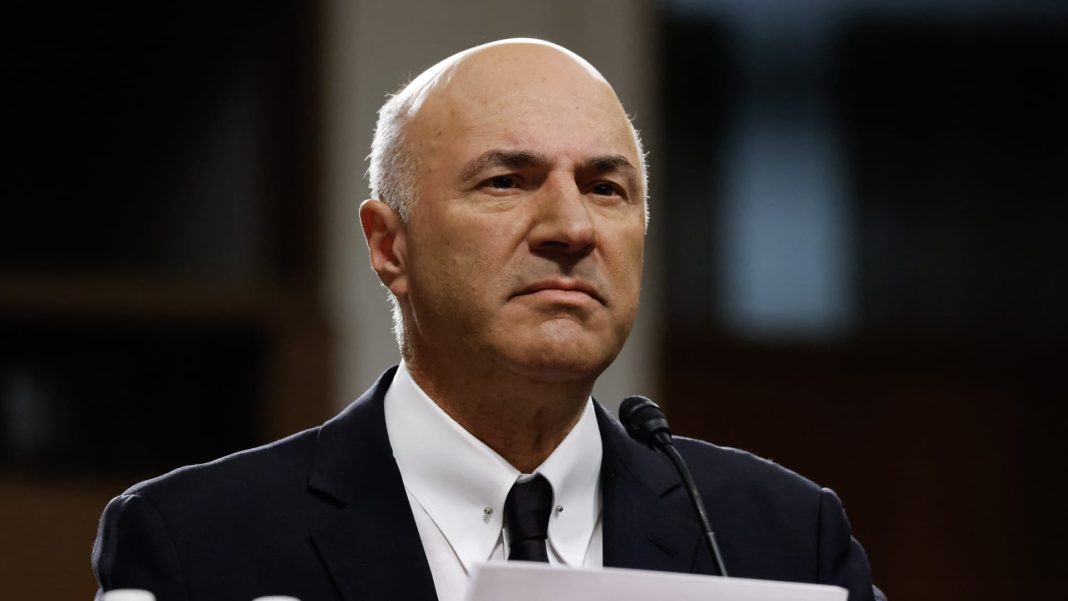 “This is America. The justice system provides the presumption of innocence unless proven otherwise,” O’Leary responded when asked why he didn’t more stridently condemn Bankman-Fried. The former FTX CEO was arrested by Bahamian authorities earlier this week, pending extradition and trial to face charges in U.S. federal court.

“Kevin, you are an actor in this drama, and you had a front-row seat to Bankman-Fried up until the very end,” Sorkin said. “What do you think happened? Do you think this was a fraud?”

“I don’t have the facts. [New FTX CEO] John Ray doesn’t have them yet. He’s going to get them,” O’Leary responded. “I’m looking through my records. I’m willing to fund a forensic account of our accounts.”

“There are a lot of bad things that have been alleged here, and a lot of them are going to be true, likely,” he added.

But at the same time, O’Leary said he wasn’t inclined to indulge outraged investors on Twitter.

“I understand that the herd is angry,” the businessman, who is also a CNBC contributor, said.

Kernen pressed O’Leary on his rapid about-face on Bitcoin.

“Did that conversion coincide with the $15 million you got from FTX?” Kernen asked. “No,” O’Leary said, stating that his Bitcoin investing began years prior to his FTX ambassadorship in FTX in 2018.

But Sorkin pointed to a 2019 television appearance and noted that O’Leary called Bitcoin “garbage.”

“Then I’m wrong about that,” O’Leary said. “The point is, it was long before I became a paid spokesperson. Long before.”

Sorkin also observed that, as opposed to Tom Brady or Larry David, investors might expect that O’Leary knew better than most how to understand if FTX was problematic or not.

“Companies advertise, and they do it this way,” O’Leary said.