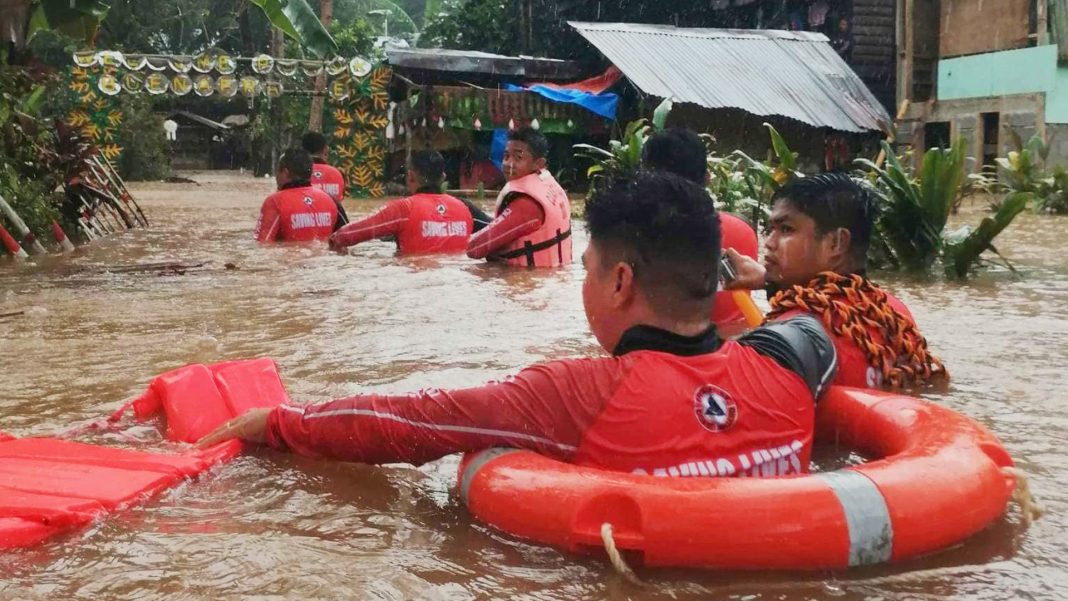 Members of the Philippine Coast Guard wade through floods during a rescue operation, in Isabela City, Basilan province, Philippines, January 11, 2023.

The Philippines has grappled with heavy rain, flooding and landslides since the beginning of January, prompting evacuations and spurring President Ferdinand Marcos Jr. to declare an official “state of calamity” in the southern province of Misamis Occidental.

At least 28 people have died in January, according to the National Disaster Risk Reduction and Management Council, and more than 211,000 people have been displaced. Torrential rains have occurred nearly every day this month and have destroyed homes, agriculture and infrastructure across the country.

The downpours are happening even though the Philippines is normally in its cool, dry season from December to February. Misamis Occidental, the Northern Mindanao region and the Eastern Visayas in central Philippines are among the affected areas.

The Philippines, an archipelago of more than 7,100 islands, is ranked among the world’s most vulnerable countries to climate-related disasters, but it is a minor contributor to global climate change.

The Philippines is typically hit with 20 typhoons each year and roughly six to nine storms that make landfall annually. The country also experiences frequent landslides and floods that are partly a result of the increasing intensity of tropical cyclones.

The president, who was recently overseeing aid distribution in Misamis Occidental, said there must be a long-term solution to the flooding in the country.

“We are looking at everything to find a solution,” Marcos said last week. “But in the long term, we need to think about how we can do it so that this never happens again.”

The deadly flooding this month has prompted fears over how climate change is triggering more frequent and intense extreme weather across the country. Typhoons, sea level rise and storm surge, all of which put the Philippines’ urban and coastal populations at high risk, are expected to intensify as climate change worsens.