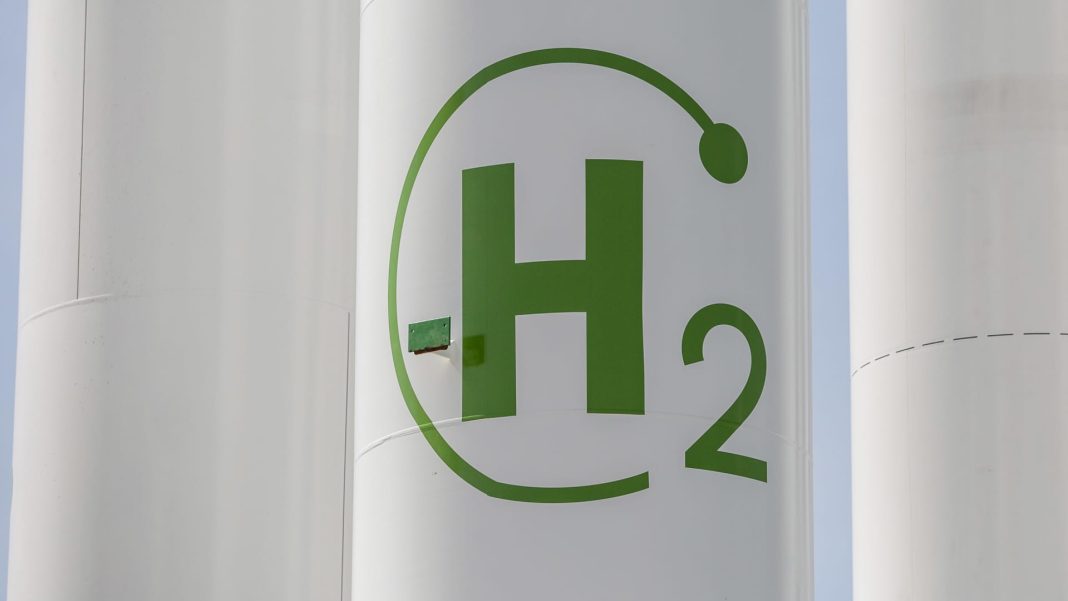 This image shows part of a green hydrogen facility in Spain. A number of major economies, including the EU, are looking to develop green hydrogen projects in the coming years.

Plans for an Australian “super hub” focused on the generation of wind, solar and green hydrogen are taking shape, with those involved hoping it will start producing power by 2027.

In a statement Monday, Fortescue Future Industries said it was partnering with another firm called Windlab on the project, known as the North Queensland Super Hub.

FFI said the hub “could generate more than 10GW [gigawatts] of wind and solar power and underpin the industrial-scale production of green hydrogen from purpose-built facilities within Queensland.”

The initial stage of the planned project will center around the development of the 800 megawatt Prairie Wind Farm and another 1,000 MW project. On condition of approvals, construction of the first phase is slated to begin in 2025.

“Energy generated from the project stands to produce green hydrogen as well as feed renewable power to the grid,” FFI said.

Described by the International Energy Agency as a “versatile energy carrier,” hydrogen has a diverse range of applications and can be deployed in a wide range of industries.

It can be produced in a number of ways. One method includes electrolysis, with an electric current splitting water into oxygen and hydrogen.

If the electricity used in this process comes from a renewable source such as wind or solar then some call it “green” or “renewable” hydrogen. Today, the vast majority of hydrogen generation is based on fossil fuels.

The energy supermajor’s conclusion was based on the findings of a feasibility study announced in May 2020 and backed by the Australian Renewable Energy Agency, solar developer Lightsource bp and professional services firm GHD Advisory.

For its part, FFI said on Monday that industrial-scale green hydrogen had been “constrained by the lack of renewable supply to power the process of extracting hydrogen from water through electrification.”

Commenting on the proposals, FFI’s CEO Mark Hutchinson said the natural resources of Australia — including solar, wind and landmass — were “unrivalled in terms of their potential for the production of green energy” and “green hydrogen in particular.”

“For the first time, the North Queensland Super Hub will provide the quantity of renewable energy we need to support large-scale green hydrogen production right here in Queensland,” he went on to add.

Ambition, but work to be done

The news out of Australia comes as other large economies look to develop plans for green hydrogen.

The European Commission, for example, has said it wants 40 GW of renewable hydrogen electrolyzers to be installed in the EU by 2030.

Last week, during a roundtable discussion at the COP27 climate conference in Egypt, German Chancellor Olaf Scholz described green hydrogen as “one of the most important technologies for a climate neutral world.”

“Green hydrogen is the key to decarbonizing our economies, especially for hard to electrify sectors such as steel production, the chemical industry, heavy shipping and aviation,” Scholz added, before going on to acknowledge that a significant amount of work was needed for the sector to mature.

“Of course, green hydrogen is still an infant industry, its production is currently too cost intensive compared to fossil fuels,” he said. “There’s also a ‘chicken and egg’ dilemma of supply and demand where market actors block each other, waiting for the other to move.”

Also appearing on the panel was Christian Bruch, CEO of Siemens Energy. “Hydrogen will be indispensable for the decarbonization of … industry,” he said.

“The question is, for us now, how do we get there in a world which is still driven, in terms of business, by hydrocarbons,” he added. “So it requires an extra effort to make green hydrogen projects … work.”