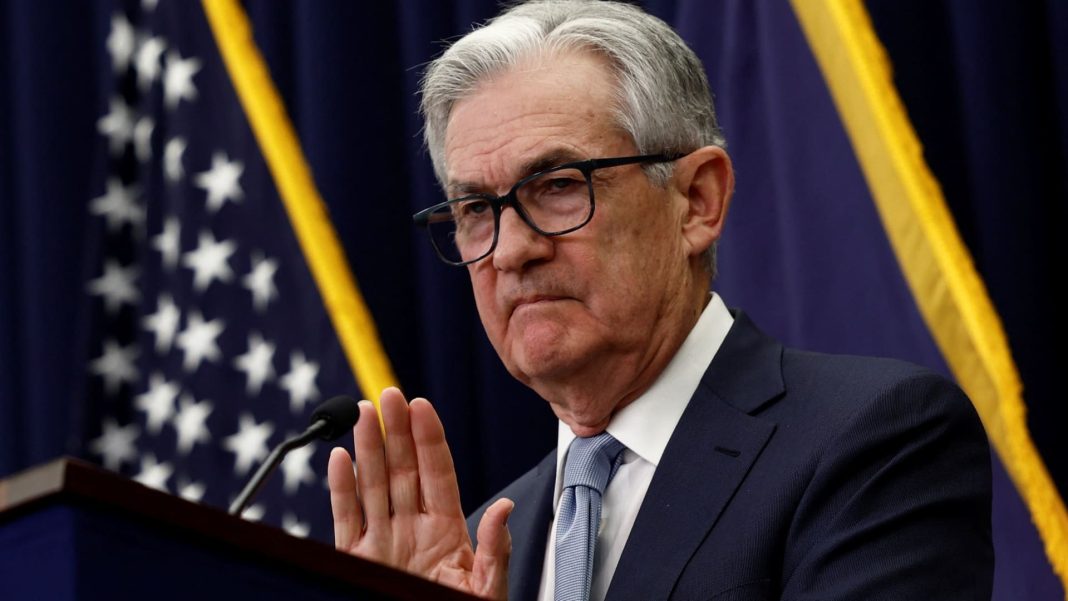 
WASHINGTON – Federal Reserve officials are committed to fighting inflation and expect higher interest rates to remain in place until more progress is made, according to minutes released Wednesday from the central bank’s December meeting.

At a meeting where policymakers raised their key interest rate another half a percentage point, they expressed the importance of keeping restrictive policy in place while inflation holds unacceptably high.

“Participants generally observed that a restrictive policy stance would need to be maintained until the incoming data provided confidence that inflation was on a sustained downward path to 2 percent, which was likely to take some time,” the meeting summary stated. “In view of the persistent and unacceptably high level of inflation, several participants commented that historical experience cautioned against prematurely loosening monetary policy.”

The increase ended a streak of four consecutive three-quarter point rate hikes, while taking the target range for the benchmark fed funds rate to 4.25%-4.5%, its highest level in 15 years.

Officials also said they would focus on data as they move forward and see “the need to retain flexibility and optionality” regarding policy.

Officials further cautioned that the public shouldn’t read too much into the rate-setting Federal Open Market Committee’s move to step down the pace of increases.

“A number of participants emphasized that it would be important to clearly communicate that a slowing in the pace of rate increases was not an indication of any weakening of the Committee’s resolve to achieve its price-stability goal or a judgment that inflation was already on a persistent downward path,” the minutes said.

Following the meeting, Fed Chairman Jerome Powell indicated that while there has been some progress made in the battle against inflation, he saw only halting signs and expects rates to hold at higher levels even after the increases cease.

The minutes reflected those sentiments, noting that no FOMC members expect rate cuts in 2023, despite market pricing.

Markets currently are pricing in the likelihood of rate increases totaling 0.5-0.75 percentage point before pausing to evaluate the impact the increases are having on the economy. Traders expect the central bank to approve a quarter-point increase at the next meeting, which concludes Feb. 1, according to CME Group data.

Current pricing also indicates the possibility of a small reduction in rates by the end of the year, with the funds rate landing around a range of 4.5%-4.75%. Fed officials, however, have expressed doubt repeatedly about any loosening of policy in 2023.

The minutes noted that officials are wrestling with two-pronged policy risks: One, that the Fed doesn’t keep rates high long enough and allows inflation to fester, similar to the experience in the 1970s; and two, that the Fed keeps restrictive policy in place too long and slows the economy too much, “potentially placing the largest burdens on the most vulnerable groups of the population.”

However, members said they see the risks more weighted to easing too soon and allowing inflation to run rampant.

“Participants generally indicated that upside risks to the inflation outlook remained a key factor shaping the outlook for policy,” the minutes said. “Participants generally observed that maintaining a restrictive policy stance for a sustained period until inflation is clearly on a path toward 2 percent is appropriate from a risk-management perspective.”

Along with the rate hikes, the Fed has been reducing the size of its balance sheet by allowing up to $95 billion in proceeds from maturing securities to roll off each month rather than be reinvested. In a program started in early June, the Fed has seen its balance sheet contract by $364 billion to $8.6 trillion.

While some of the recent inflation metrics have shown progress, the labor market, a critical target of the rate increases, has been resilient. Nonfarm payroll growth has exceeded expectations for most of the past year, and data earlier Wednesday showed that there the number of job openings is still nearly twice the pool of available workers.

The Fed’s preferred inflation gauge, the personal consumption expenditures price index less food and energy, was at 4.7% annually in November, down from its 5.4% peak in February 2022 but still well above the Fed’s 2% target.

Economists, meanwhile, largely expect the U.S. to enter a recession in the coming months, the result of the Fed’s tightening and an economy dealing with inflation still running near 40-year highs. However, fourth-quarter GDP for 2022 is tracking at a solid 3.9% rate, easily the best of a year that started out with consecutive negative readings, according to the Atlanta Fed.

Minneapolis Fed President Neel Kashkari said Wednesday, in a post for the district’s web site, that he sees the funds rate rising to 5.4% and possibly higher if inflation doesn’t trend down.