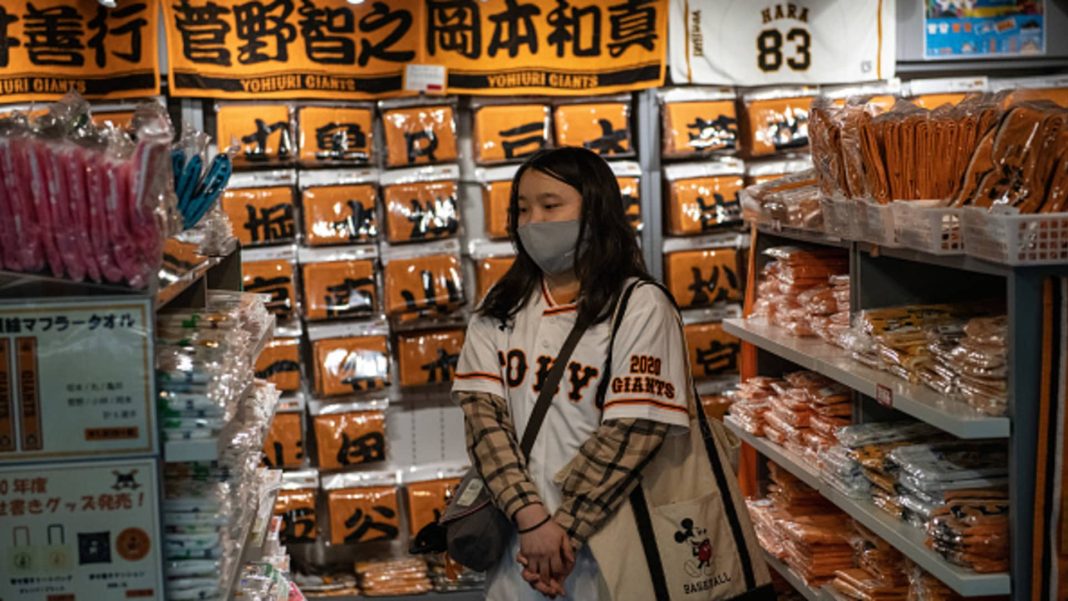 A woman browses a merchandise shop in Tokyo Dome ahead of the Japan Central League baseball match between Yomiuri Giants and Hiroshima Carp on October 14, 2020 in Tokyo, Japan.

Sports commerce platform Fanatics is expanding a recently signed long-term partnership with Nike to include manufacturing and distribution of merchandise for the Yomiuri Giants, Japan’s most successful and popular baseball team.

The Yomiuri Giants are the first sports team outside the U.S. to adopt this Nike-Fanatics model for on-field and sports merchandise. Fanatics, a major player in sports merchandising, has exclusive licensing deals with the NFL, NHL, MLB, as well as various colleges and universities. Several of those deals, including the NFL and MLB, also overlap with Nike jersey and apparel deals.

A partnership between Fanatics and Nike was struck earlier this year for manufacturing of U.S. college sports apparel by Fanatics, set to begin in 2024.

The three-time CNBC Disruptor 50 company has a private valuation of $27 billion.

Fanatics has evolved in recent years to include collectibles, sports betting and NFT businesses. The closely held company, founded by Michael Rubin, has also completed several acquisitions. In 2020, it acquired sports merchandise manufacturer WinCraft, and earlier this year it bought trading card company Topps for $500 million. Earlier this year, CNBC reported that Fanatics was in talks to buy sports betting company Tipico, though a deal hasn’t yet been reached.

Rubin recently divested from stakes in the New Jersey Devils and Philadelphia 76ers due to the growth of business lines with potential conflicts of interest, including betting and licensing deals with individual athletes.

Sign up for our weekly, original newsletter that goes beyond the annual Disruptor 50 list, offering a closer look at list-making companies and their innovative founders.