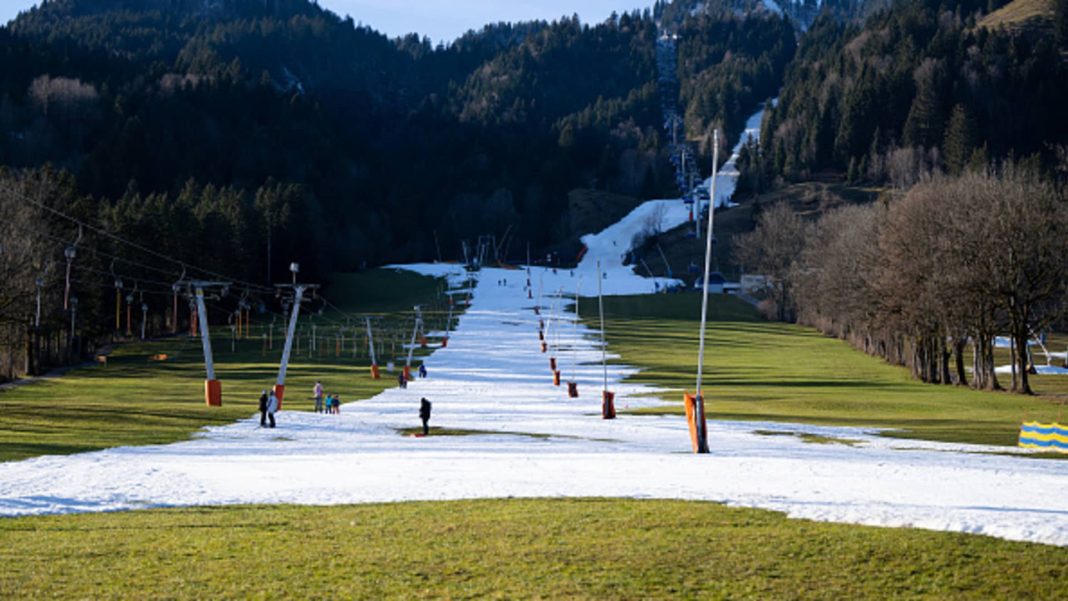 A winter heatwave smashed several national temperature records across Europe over the New Year’s weekend, prompting meteorologists to sound the alarm, while some ski resorts were forced to close due to an absence of snow.

Warm weather and low snowfall forced some low-altitude ski resorts in the northern Alps and French Pyrenees to close a few weeks after opening.

Among the European countries that recorded their hottest days in history were the Netherlands, Denmark, Poland, Czech Republic, Belarus, Latvia and Lithuania.

Regional records were also broken in France, Germany and Ukraine.

The most extreme event ever seen in European climatology.

Meteorologists and climatologists expressed alarm over the unseasonably warm winter weather, saying there were “too many records to count” and that many of the overnight minimum temperatures were comparable to summer.

“We just observed the warmest January day on record for many countries in Europe,” Scottish meteorologist Scott Duncan said via Twitter.

“Truly unprecedented in modern records,” Duncan said Sunday, adding that the intensity and extent of the warmth across the region was “hard to comprehend.”

Many ski resorts in Bavaria are currently suffering from a lack of snow.

Maximiliano Herrera, a climatologist who tracks global weather extremes, described the temperature records as “the most extreme event ever seen in European climatology.” In remarks reported by The Washington Post on Monday, Herrera added, “Nothing stands close to this.”

Guillaume Séchet, a broadcast meteorologist in France, said Europe had “experienced one of the most incredible climatic days in history” on the first day of 2023.

The record-breaking winter heat in Europe follows the region’s hottest summer on record and comes in stark contrast to the extreme cold snap seen in the U.S. in recent weeks.

The Copernicus Climate Change Service, an intergovernmental agency that supports European climate policy, found that the average European temperature for August and for the three-month June-August period was the highest on record in 2022 by “substantial margins.”

A severe lack of rainfall and a sequence of summer heatwaves took a visible toll on European waterways, ratcheting up fears over food and energy production at a time when prices were skyrocketing because of Russia’s war with Ukraine.

In April last year, the world’s top climate scientists warned the fight to keep global heating below the critical threshold of 1.5 degrees Celsius had reached “now or never” territory.

The U.N.’s Intergovernmental Panel on Climate Change repeated calls for a massive reduction in global fossil fuel use to avert a climate catastrophe.

“It’s now or never, if we want to limit global warming to 1.5°C,” IPCC Working Group III co-chair Jim Skea said in a statement accompanying the report. “Without immediate and deep emissions reductions across all sectors, it will be impossible.”

The burning of fossil fuels — such as coal, oil and gas — is the chief driver of the climate emergency.