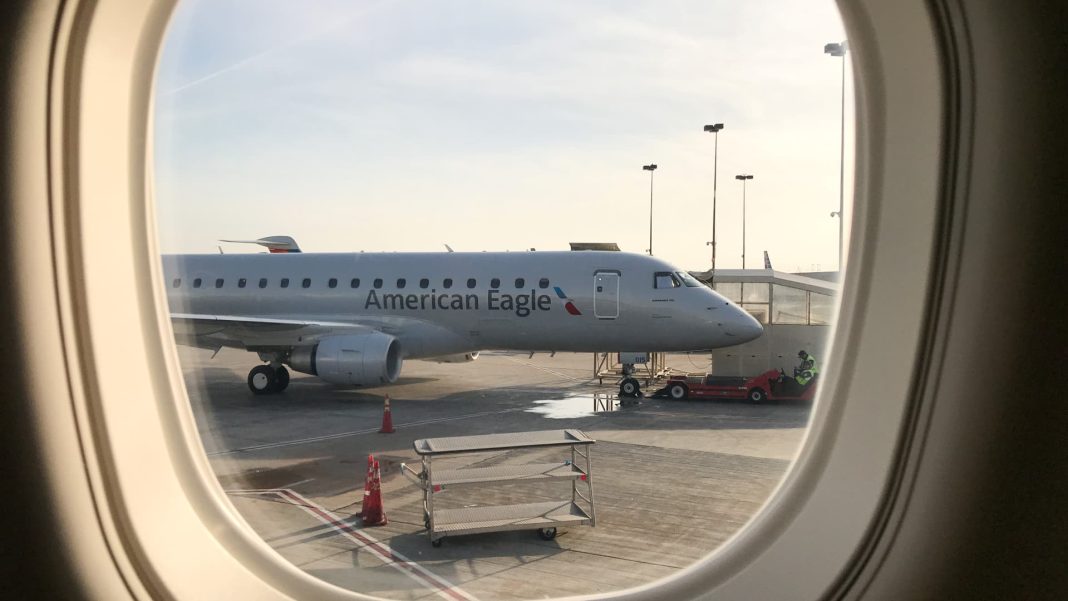 An American Eagle Embraer 175 aircraft is seen on the tarmac through a plane window at LAX in Los Angeles, California, U.S., January 10, 2018.

An Envoy Air flight returned to Chicago shortly after takeoff on Saturday night after a pilot was incapacitated and later died, the carrier said Tuesday.

“Despite heroic efforts by those on board and first responders on the ground, our colleague passed away at the hospital,” Envoy Air, a regional carrier owned by American Airlines, said in a statement. “We’re deeply saddened and are doing all we can to support his family and our colleagues at this time.”

Capt. Ric Wilson, vice president of Envoy’s flight operations, said in a note to staff that the pilot was a captain in training.

Envoy did not comment on the cause of the medical emergency. The Air Line Pilots Association, the union which represents Envoy’s pilots, didn’t comment.

An audio recording of messages to air traffic controllers indicates “captain is incapacitated,” according to ATCLive, which has an archive on its website. “We’re going to need paramedics,” said the person on the recording, who seemed to be another pilot on the flight.

Commercial jetliners are crewed by a minimum of two pilots.

The Federal Aviation Administration said it is investigating and a spokeswoman said that such incidents are rare.