Earnings, data should give clues on Fed moves 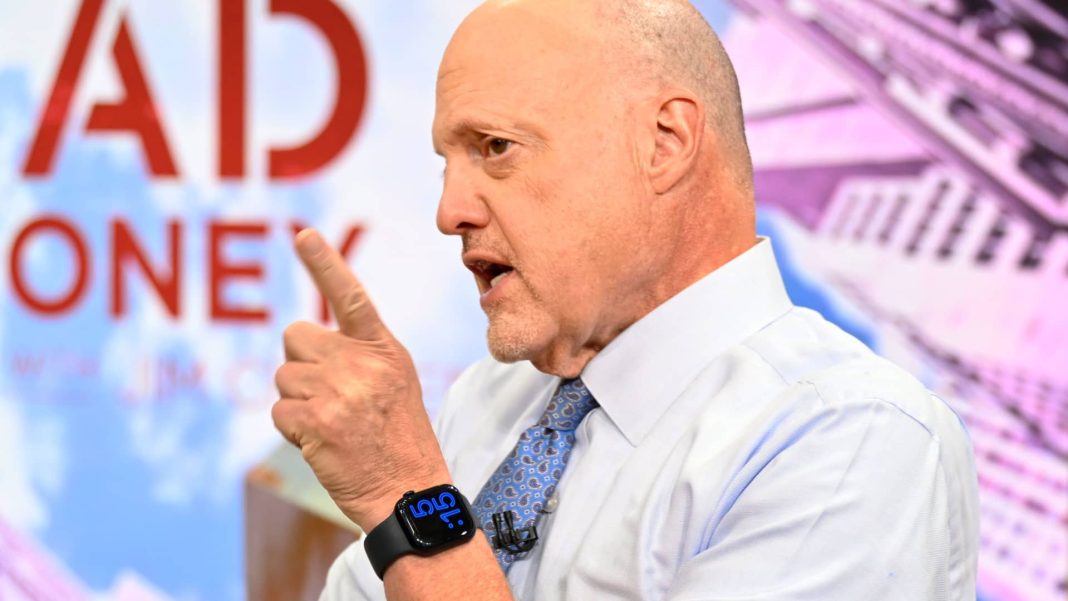 CNBC’s Jim Cramer on Friday looked ahead to next week’s earnings and economic data calendar, which will provide fresh insights on Wall Street’s primary worry: whether the Federal Reserve’s interest rate-hiking campaign will tip the U.S. into a recession.

“We want the Fed to talk a big game, without needing to actually do too much,” Cramer said on Friday’s episode of “Mad Money.” “Talk is better than action. We want [Fed Chair Jerome Powell] to scare the economy into slowing under its own weight. We don’t want endless rate hikes … that will destroy everything in its path.”

Cramer’s comments Friday came after the stock market wrapped up back-to-back losing weeks, with the S&P 500 now down 5.6% in December. The decline has come as investors grow more concerned that the U.S. economy will enter a recession next year. On Wednesday, the Fed raised interest rates by half a percentage point to their highest levels in 15 years.

All estimates for earnings, revenue and economic data are courtesy of FactSet.

The Census Bureau’s Tuesday morning report on residential construction is notable because of the surge in home prices during the Covid pandemic, according to Cramer. Building more homes is one way to bring prices down and help cool inflation overall. However, he cautioned that concern about the U.S. economy makes it unlikely November housing starts will be robust.

General Mills has a tough setup into earnings, Cramer said, because shares have surged 29% year to date despite the market’s brutal year overall. The company has been able to raise prices because its cereal brands are beloved, he noted.

Last time FedEx reported, it detailed significant cost-cutting plans that should help boost profitability. Cramer said for any investor who thinks the Federal Reserve may not ultimately raise interest rates as high as it projects, a post-earnings sell-off could create an opportunity to buy FedEx shares.

Nike has received a spate of analyst upgrades lately, which Cramer said is likely because analysts are trying to get out ahead of the Chinese economy’s full-scale reopening. “I think they’re going to be right,” he said.

Cramer said the business services company is an interesting barometer for the overall state of small and medium-sized enterprises. “If Cintas says business is better than ever,” Cramer said, it could suggest the Fed will need to stay aggressive.

Cramer said he’ll be closely listening to what the memory chipmaker has to say about inventory levels. If Micron indicates there is still a glut, Cramer said semiconductor stocks writ large could see another leg down. “I think the most likely outcome will be a glut, and you’ll see a lot of chip stocks for sale Thursday.”

Thursday: Earnings from Paychex and Carmax

Cramer said he thinks Paychex is an even better small- and medium-sized business barometer than Cintas. But just like with Cintas, Cramer said if Paychex talks about a healthy business environment, it could mean the Fed may need to issue a few more half-percentage point rate hikes.

From an inflation and Fed-policy standpoint, Cramer said Carmax is another company he hopes indicates sales are weak and prices are coming down.

The core PCE is the Federal Reserve’s favored inflation gauge. It excludes food and energy. Cramer said if the PCE data suggests inflation is “still burning hot,” the Fed may need to keep its foot on the gas.