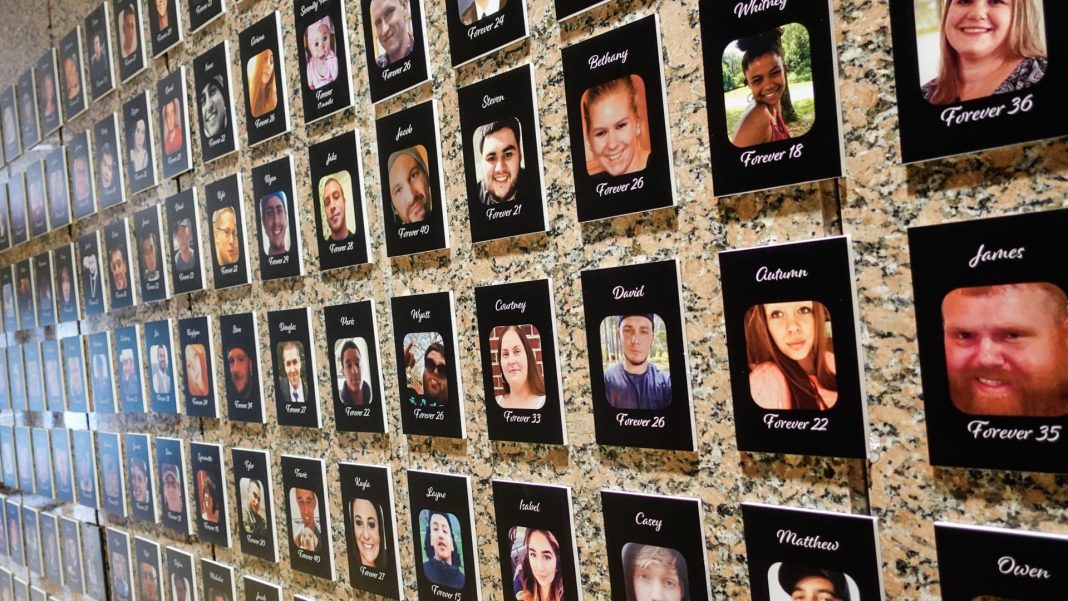 
Drug overdose deaths among adolescents surged during the Covid-19 pandemic, driven overwhelmingly by illicit fentanyl, according to a report from the Centers for Disease Control and Prevention.

“Although deaths appear to have begun declining in late 2021, they are still alarmingly higher than in 2019,” the authors wrote in the CDC’s Morbidity and Mortality Weekly Report, which published Thursday.

More than 2,200 adolescents overdosed during the 2½ year period, 96% of whom were teenagers ages 15 to 19. Fentanyl was involved in 84% of the deaths while opioids of any type were involved in 91%.

Fentanyl is a synthetic opioid that’s up to 100 times more potent than morphine, according to the National Institute on Drug Abuse. It’s used as a prescription drug in the U.S. to treat people suffering from severe pain after surgery. But illegally manufactured fentanyl, often consumed as a pill, has become an increasingly common cause of overdose deaths.

There was evidence that 25% of adolescent overdose deaths may have involved counterfeit pills that often resemble OxyContin or Xanax but frequently include fentanyl as well. This is likely an underestimate because pills present at the scenes weren’t always tested, according to the study.

“Whether adolescents intended to take legitimate pharmaceutical medications or were aware pills were counterfeit is unclear,” the authors wrote.

About 41% of those who overdosed had a previous history mental health issues. Some 24% had mental health treatment before, 19% were diagnosed with depression, and 15% had a prior history of suicidal or self-harm behavior.

The authors of the CDC study said its crucial to educate teenagers on the dangers of fentanyl and to expand access to naloxone, a drug that can reverse an overdose. Teens should also be educated about the potential presence of illicit fentanyl in pills that may resemble prescription drugs.

If you are having suicidal thoughts or are in distress, contact the Suicide & Crisis Lifeline at 988 for support and assistance from a trained counselor.