Disney could use an activist investor like Nelson Peltz 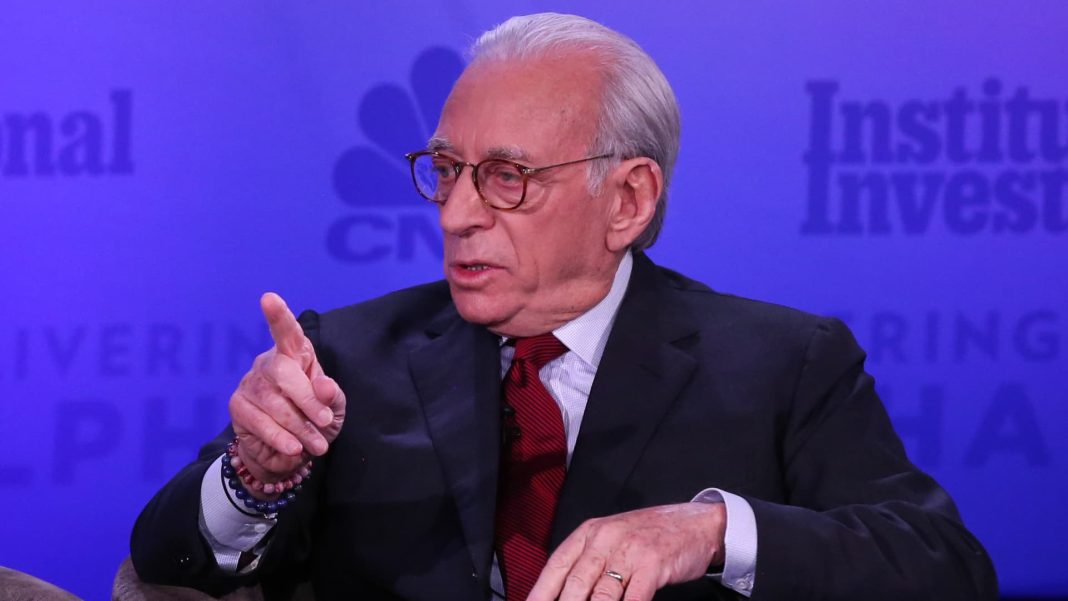 An activist investor like Trian Partners’ Nelson Peltz on Walt Disney ‘s (DIS) board could help prod the entertainment conglomerate to address its financial woes and implement much-needed changes to create long-term value for the company and its shareholders. Peltz, the CEO and founder of investment firm Trian Partners, has been waging an ongoing proxy battle to gain a seat on Disney’s board — a move the Club would endorse in order to pressure Disney to rein in spending and get its financial house in order. Trian currently holds a nearly $1 billion stake in Club holding Disney. “Lots of angry people ask me why I support Nelson Peltz for the Disney board, and I give a simple answer: What has this board done for its shareholders other than wipe out more shareholder money?” Jim Cramer said during the Club’s “Monthly Meeting” on Thursday. “There has to be someone on that board who can stop the incredible money being paid while we all suffer,” he added. Nonetheless, Disney’s board unanimously decided against offering Peltz a seat, according to an SEC filing the company submitted Tuesday. “Nelson Peltz does not understand Disney’s businesses and lacks the skills and experience to assist the board in delivering shareholder value in a rapidly shifting media ecosystem,” the company said during a presentation to investors on Tuesday. Peltz, whose next step in his fight is to convince voting Disney shareholders he deserves a board seat, has had success serving on several company boards. He’s currently non-executive chairman at Wendy’s (WEN) and serves as a director at Unilever (UL). He’s previously served as a director at Club holding Procter & Gamble (PG), as well as Sysco (SYY) and Kraft Heinz (KHC), among many others. In companies that Trian invested in — and Peltz served on the boards — the companies’ total shareholder return, on average, has outperformed the S & P 500 by roughly 900 basis points annually, Peltz has said. Peltz’s efforts to obtain a seat on Disney’s board come amid significant upheaval for the company. Disney reported a dismal fiscal fourth quarter in early November, prompting the board to fire then-CEO Bob Chapek and reappoint Bob Iger to the top job. Disney’s stock came down by more than 44% in 2022, but has gained roughly 14% since the start of the year. Shares closed out Thursday mainly flat, at roughly $99 apiece. Shareholders have been particularly frustrated by Disney’s mediocre direct-to-consumer streaming business, which includes Disney+, Hulu and ESPN+, that has yet to reach profitability. The streaming business lost nearly $1.5 billion last quarter, though management has repeatedly said its goal is to reach profitability for Disney+ by fiscal 2024. Disney is set to report fiscal 2023 first-quarter earnings after the closing bell on Feb. 8. For his part, Peltz said he’s not looking to remove Iger, who is working on finding a new successor. “My goal would be to work collaboratively with Bob Iger and other directors to take decisive action that will result in improved operations and financial performance,” Peltz noted recently. Wall Street has had a mixed reaction to Peltz’s efforts to obtain a board seat. In a research note Tuesday, analysts at Trust Securities said Peltz has “credible board experience and track record, even if more limited in media.” Conversely, analysts at LightShed Partners on Wednesday called Trian’s push to put Peltz on the board a “distraction.” Bottom line Disney is a company with incredible brands that customers love. To ensure the value of those brands is maintained, we’d like to see accountability for the company’s overspending in unprofitable businesses. Peltz’s experience shouldn’t be downplayed, given his appointment on countless boards past and present. And even more to the point, Trian Partners has an incentive to see Disney succeed , given its very large stake in the company. (Jim Cramer’s Charitable Trust is long DIS. See here for a full list of the stocks.) As a subscriber to the CNBC Investing Club with Jim Cramer, you will receive a trade alert before Jim makes a trade. Jim waits 45 minutes after sending a trade alert before buying or selling a stock in his charitable trust’s portfolio. If Jim has talked about a stock on CNBC TV, he waits 72 hours after issuing the trade alert before executing the trade. THE ABOVE INVESTING CLUB INFORMATION IS SUBJECT TO OUR TERMS AND CONDITIONS AND PRIVACY POLICY , TOGETHER WITH OUR DISCLAIMER . NO FIDUCIARY OBLIGATION OR DUTY EXISTS, OR IS CREATED, BY VIRTUE OF YOUR RECEIPT OF ANY INFORMATION PROVIDED IN CONNECTION WITH THE INVESTING CLUB. NO SPECIFIC OUTCOME OR PROFIT IS GUARANTEED.

An activist investor like Trian Partners’ Nelson Peltz on Walt Disney‘s (DIS) board could help prod the entertainment conglomerate to address its financial woes and implement much-needed changes to create long-term value for the company and its shareholders.