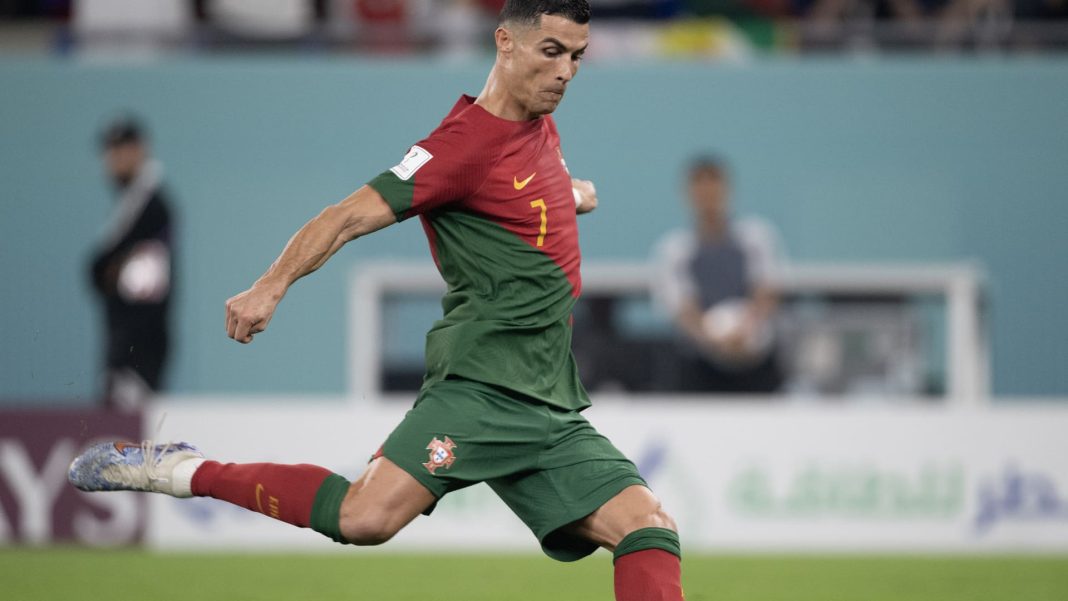 Portuguese football star Cristiano Ronaldo poses for a photo with the jersey after signing with Saudi Arabia’s Al-Nassr Football Club in Riyadh, Saudi Arabia on December 30, 2022.

Soccer superstar Cristiano Ronaldo is joining Saudi Arabian club team Al Nassr in a deal that will see him play until June 2025.

“This is a signing that will not only inspire our club to achieve even greater success but inspire our league, our nation and future generations, boys and girls to be the best version of themselves. Welcome Cristiano to your new home AlNassrFC.”

The Saudi club quoted Ronaldo as saying he is “eager to experience a new football league in a different country.”

The 37-year old Portugal team captain is a free agent after leaving major British club Manchester United following a dramatic fallout with some of its management.

The news of Ronaldo’s signing Friday follows months of rumors and speculation as to whether he would join a Saudi team, as more than one had made sizeable offers in the hundreds of millions of dollars. In the summer, Ronaldo turned down an offer from a different Saudi club, Al Hilal, which would have given him a roughly $370 million contract over a number of years. A the time, he chose to stay at Manchester United, saying he was happy there.

Multiple outlets have cited Ronaldo’s salary with Al Nassr at around $200 million per year when commercial agreements are included — which, if confirmed, would be the largest-ever salary in the history of the sport.

Prominent soccer reporter Fabrizio Romano outlined the contract deal in a tweet, calling it the “biggest salary ever in football.”

At 37, Ronaldo is at the normal retirement age for a professional soccer player, so his signing extends his career with a significant financial return. Ronaldo’s contract at Manchester United saw him earning an eye-watering $605,000 per week. He is one of the highest-paid athletes in history.

Cristiano Ronaldo scores from the penalty spot for Portugal during the FIFA World Cup Qatar 2022 match between Portugal and Ghana on November 24, 2022 in Doha, Qatar.

Saudi clubs are known for their ability to offer foreign players large paychecks, particularly as the oil-rich and conservative kingdom builds up its sports, entertainment and other industries to attract tourism, talent and investment that will help diversify its economy. Saudi Arabia has made a bid to host the 2030 FIFA World Cup.

Ronaldo is the highest goal-scorer in the history of professional soccer, with a total of 819 career goals scored as of the end of 2022. He scored a whopping 450 goals for Spanish team Real Madrid, 145 goals in 346 games for Manchester United, 118 for the Portuguese national team, and 101 for Italian club Juventus.

In addition to Ronaldo’s soccer achievements is his immense social media following — something likely of high value to the Saudi kingdom as it seeks to draw more positive attention to the country. Ronaldo became the first athlete to surpass a combined 500 million followers Twitter, Facebook and Instagram in 2021, and currently has 525 million Instagram followers alone.

Ronaldo played in his last World Cup during the Qatar 2022 tournament, setting a new record as the first man to score in five different FIFA World Cups when he made the winning goal against Ghana. The Portuguese team was later knocked out of the tournament by Morocco.