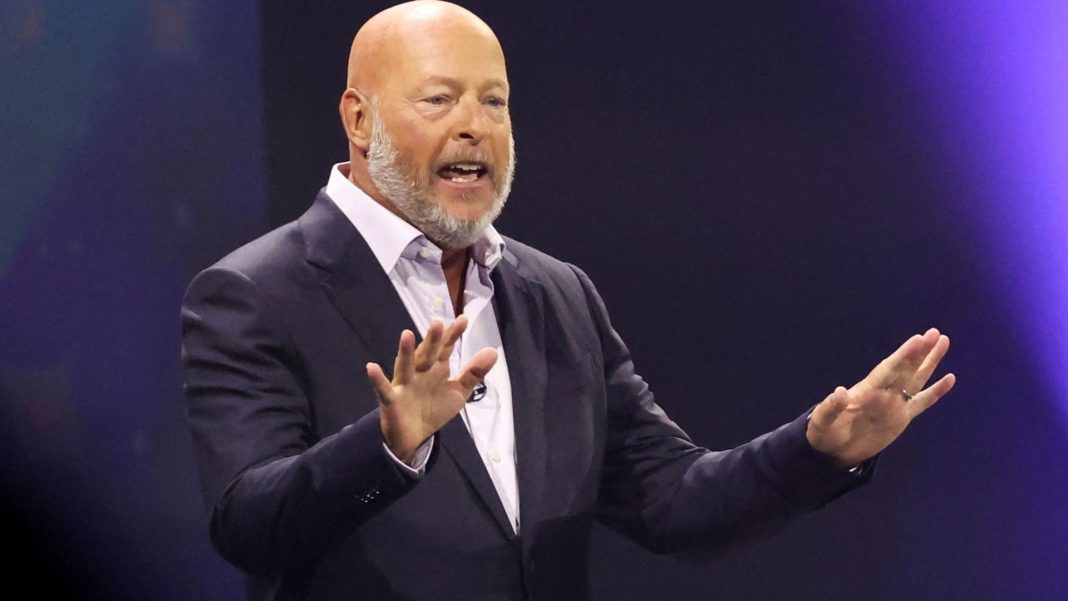 Jim Cramer on Thursday called on Disney (DIS) to oust CEO Bob Chapek and clean up the company’s ugly balance sheet. Chapek is “incapable of running a fantastic company,” Jim said. “Let’s say it was an NFL team, and the team was losing. … We need someone new at Disney. It’s accountability. Look, if you fired Bob Chapek, you’d make 25 points.” Disney saw wide misses on fiscal fourth-quarter earnings and revenue, driven in part by growing losses at its direct-to-consumer segment, which includes streaming. The poor results prompted the Club to call for a leadership change shortly after the quarterly release on Nov. 8, and Jim doubled down on the stance during Thursday’s “Monthly Meeting” for members. Acknowledging that he’s long been a fan of Disney, Jim said he would consider adding to the Club’s position if the stock price were to dip below $90. However, he cautioned that just because the company has an iconic franchise doesn’t mean it has a stock of equal standing. Shares of Disney closed at $91.45 each on Thursday, down nearly 41% year to date. Jim blasted Chapek’s prioritization of Disney+, the company’s namesake streaming service, over its theme parks. “The balance sheet, crushed by the need to make Disney+ profitable, as if nothing’s changed since the original profitability goal in 2024, must be fixed. That balance sheet is the balance sheet from hell.” He also called on Disney to exercise humility by conceding its mistakes, both with how it handled the quarter and the decision to hire Chapek in the first place. “When someone screws up as much as this guy has, you say to yourself, all right, we made a mistake, we picked the wrong guy,” Jim said. “This is [like] the NFL, people. That’s how much people are paid, and then some.” (Jim Cramer’s Charitable Trust is long DIS. See here for a full list of the stocks.) As a subscriber to the CNBC Investing Club with Jim Cramer, you will receive a trade alert before Jim makes a trade. Jim waits 45 minutes after sending a trade alert before buying or selling a stock in his charitable trust’s portfolio. If Jim has talked about a stock on CNBC TV, he waits 72 hours after issuing the trade alert before executing the trade. THE ABOVE INVESTING CLUB INFORMATION IS SUBJECT TO OUR TERMS AND CONDITIONS AND PRIVACY POLICY , TOGETHER WITH OUR DISCLAIMER . NO FIDUCIARY OBLIGATION OR DUTY EXISTS, OR IS CREATED, BY VIRTUE OF YOUR RECEIPT OF ANY INFORMATION PROVIDED IN CONNECTION WITH THE INVESTING CLUB. NO SPECIFIC OUTCOME OR PROFIT IS GUARANTEED.