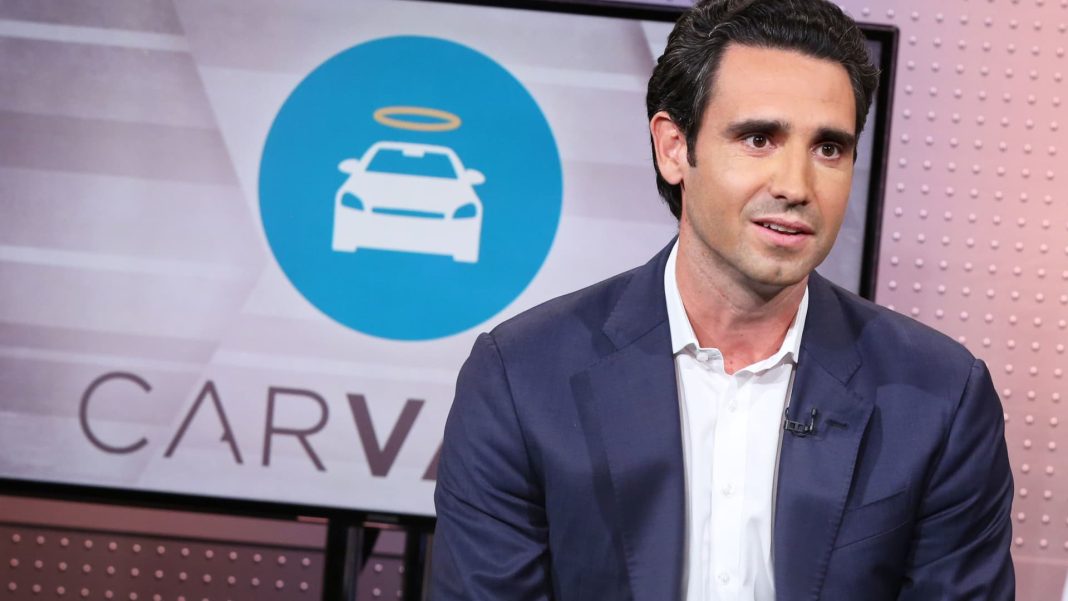 
A ‘lengthened’ path to profitability has Cowen concerned over the long-term trajectory for battered used vehicle stock Carvana . Analyst John Blackledge downgraded the company to market perform from outperform in a note to clients Monday. Carvana shares dipped slightly in the premarket. “CVNA has not met ’22 profit targets while carrying a significant debt load,” he wrote, adding that he now estimates the company won’t achieve EBITDA profitability until 2024. “Overall, we are less confident in CVNA’s timeline for reaching positive free cash flow.” Blackledge also cited elevated interest rates and a weakening consumer among the reasons for the sentiment shift and slash to estimates through 2027. He trimmed the company’s price target to $10 a share, suggesting shares could gain 42%, or roughly $3, from Monday’s close. The analyst previously had a price target of $55. Analysts have continued to bail on Carvana as its business struggles amid a murky macro picture. Earlier this month, the company posted a d ecline in virtually every aspect of its business for the third quarter and a miss on both the top and bottom lines. Baird on Tuesday also downgraded the stock to neutral and slashed its price target to $7 a share, citing concerns over management’s ability to trim operating expenses as quickly as anticipated. “We’ve been wrong with our rating, but now aligning valuation more closely with our already-cautious research/data checks and recession scenarios,” wrote analyst Colin Sebastian, adding that he sees growth opportunities for the company if management can resolve its unit economics and obtain “substantial liquidity.” Carvana’s stock has sold off sharply this year, tumbling 97%. — CNBC’s Michael Bloom contributed reporting