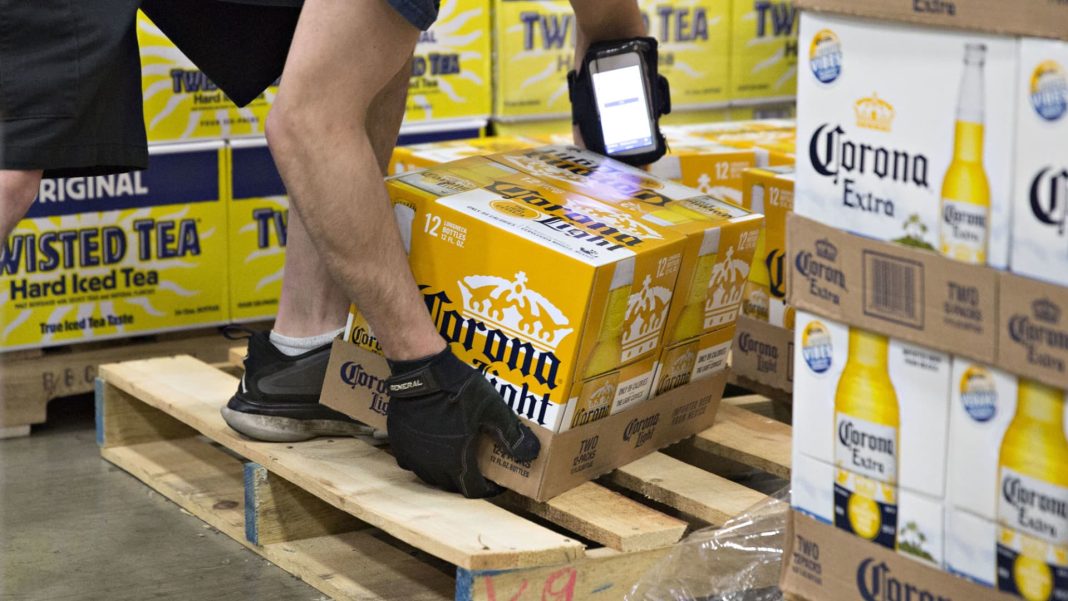 A worker stacks cases of Constellation Brands’ Corona beer for delivery at the Euclid Beverage LLC warehouse in Peru, Illinois.

The stock was down about 9% Thursday afternoon.

The company, which makes Corona beer and Svedka vodka, also lowered its earnings out look for the fiscal year. Constellation said it now projects earnings of $11 to $11.20 per share for the year, down from its previous guidance of $11.20 to $11.60 per share.

In a conference call with analysts Tuesday morning, Chief Executive Officer Bill Newlands added that a “recent series of headwinds” hit the company’s beer business towards the end of its fiscal third quarter, including poor weather and economic conditions in California.

Its operating margin in the beer business decreased during the quarter to 37.5% from 41.3% a year earlier.

The company said it plans to continue price increases on its beer products to match higher operating costs plaguing its supply chain.