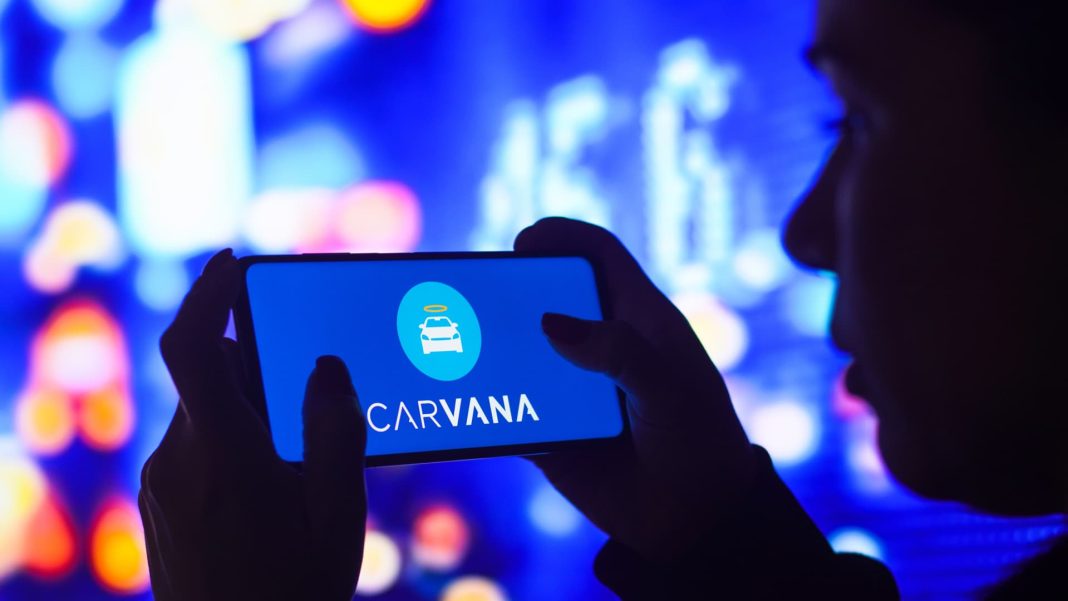 
Carvana could stand to regain some of its lost share value despite current headwinds and bankruptcy fears, according to Citi. Analyst Ronald Josey initiated coverage at neutral. He set a price target of $5.50, which reflects a 11.1% upside over Monday’s closing price. Josey said Carvana currently accounts for just over 1% of used car sales, but the company would be positioned to generate share gains in a typical used car market. “In a more normalized market environment for new and used vehicles, we believe Carvana is well positioned to continue to generate share gains given the highly fragmented retail category for used cars that remains underpenetrated online,” he said in a note to clients. But in the near-term, he said “the combination of higher interest rates, declining used vehicle prices (after rising significantly from 2020 – present), limited new vehicle supply, and a weaker economic backdrop have created a challenging operating environment.” Carvana’s future health has been a rising concern following a Bloomberg report that said its largest credits had signed an agreement to act together in negotiations with the company over its debt. Some investors took this move as an indicator of a potential Chapter 11 bankruptcy on the horizon. But Josey said management and the creditors should be able to come to an agreement. The stock gained 1.4% before the bell, but it has plummeted 97.9% this year. Josey’s $5.50 price target would still be 98.5% lower than the stock’s pandemic closing high of $360.98. Retail sales grew 74% in 2021 compared with 10% in the broader industry. That continues a positive trend, with 37.5% growth in 2020 and 90% growth in 2019. That performance prompted the company to invest in infrastructure in 2022, but that hit at the same time prices started weighing on demand as inventory declined. Carvana will likely need to raise capital to support operations going forward, Josey said. Carvana laid off about 8% of its workforce, or 1,500 people, last month. Going forward, Josey said he will be watching the used car retailer’s relationship with Ally, which is its primary funding partner, and Adesa, a used car auction it acquired. He’s also watching how gross profit trends perform after in expected fall of 35% in the fourth quarter on top of progress toward overall profitability. Josey said a recovery within the broader auto market in 2023 would help Carvana, so he’ll be watching for better vehicle affordability, more normalized vehicle depreciation rates, increasing inventory and improved consumer sentiment. — CNBC’s Michael Bloom contributed to this report.