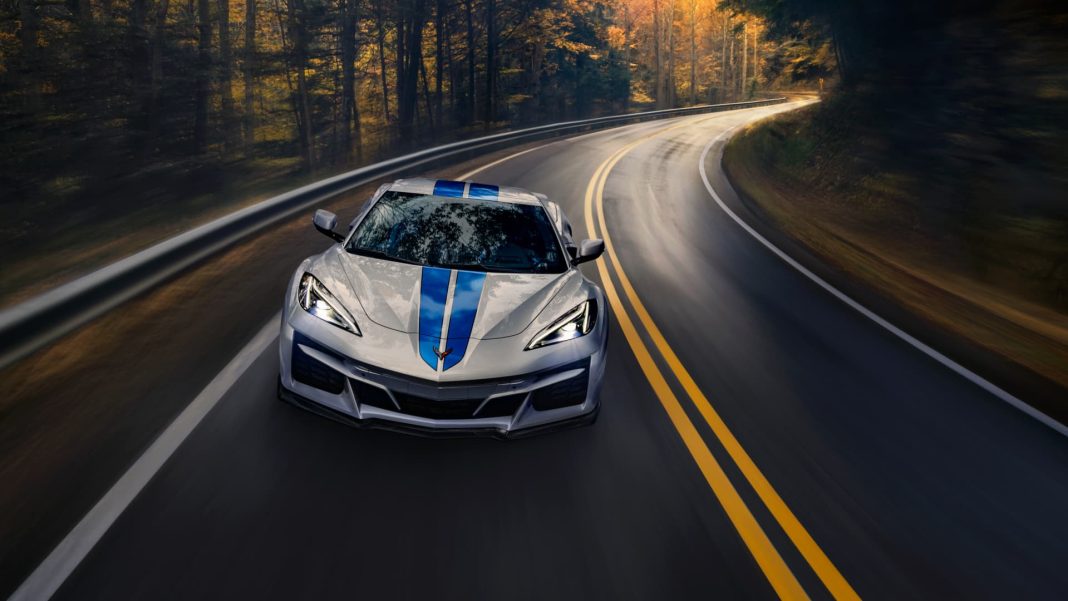 DETROIT – General Motors’ first-ever “electrified” Corvette will be available later this year starting at more than $104,000, the automaker said Tuesday.

The vehicle also will be all-wheel drive, another first for the quintessential American sports car.

The carmaker said the E-Ray, which GM first confirmed to CNBC last year, will be the quickest production Corvette ever. It will achieve 0-60 mph in 2.5 seconds and a quarter mile in 10.5 seconds – similar to some supercars and the current Corvette Z06 track car.

“It’s a testament to innovation that this car has represented throughout its 70-year legacy and certainly represents the future of what this car is capable to deliver going forward,” Scott Bell, vice president of Chevrolet, said during a briefing.

An all-electric Corvette is expected at some point, but GM has not announced timing for the EV version. The Detroit automaker has said it plans to exclusively offer all-electric vehicles by 2035.

The E-Ray’s hybrid system features an electric motor on the front axle that provides 160 additional horsepower and 125 pound-feet of torque. It provides a quicker takeoff than a traditional internal combustion engine.

In total, GM said the E-Ray produces a combined 655 horsepower from both the electric motor and small-block V-8. It will be available as a coupe and convertible.

The E-Ray is expected to be the only hybrid in GM’s lineup when it arrives in dealer showrooms. GM discontinued hybrid and plug-in hybrid electric vehicles, or PHEVs, over the years to exclusively focus on all-electric cars and trucks.

Officials said the E-Ray was developed before such plans, in conjunction with development of the eighth-generation Corvette, or C8, which debuted in July 2019. The car was the first Corvette to feature a midengine design instead of the engine being located in the front of the vehicle.

The hybrid system was specifically designed for the eighth-generation Corvette, according to Harlan Charles, Chevrolet Corvette product marketing manager. The battery system is charged mostly via regenerative energy from coasting and braking, as well as during normal driving.

GM decided on a hybrid Corvette instead of a PHEV because it offered better overall performance for the car.

The E-Ray coupe will start at $104,295, followed by the convertible version at $111,295. The pricing is slightly lower than $106,695 Corvette Z06. Pricing includes mandatory destination and delivery fees.

GM revealed the E-Ray on the 70th anniversary of when the Detroit automaker unveiled the original concept car of the Corvette at the Motorama auto show in New York City.

The E-Ray is expected to be one of eight new or redesigned models for Chevrolet in 2023. Others include all-electric versions of the Silverado pickup, and Equinox and Blazer crossovers, as well as the gas-powered Colorado and Trax.