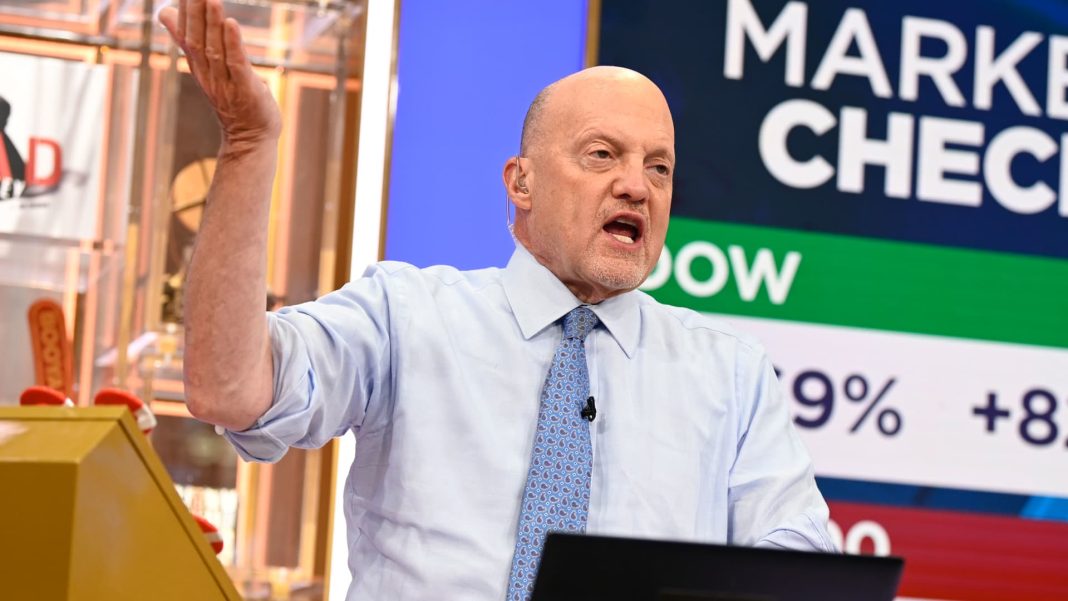 CNBC’s Jim Cramer said Monday that stocks in the benchmark S&P 500 will likely rally next month.

“The charts, as interpreted by the legendary Larry Williams, suggest that the Santa Claus rally is coming to town next month and you’ve got to get ready for it, or else you may be left behind,” he said, referring to the market phenomenon in which stocks gain near the end of the year.

Stocks could rally as much as 20% in 2023, predicts Wharton’s Jeremy Siegel

Cramer pointed out that Williams said at the end of October — which marked a major month for stocks this year — that stocks could rally through the end of 2022. “Since then we’ve had a very nice run, so as we get closer to the holidays, we’ve got to ask, can it continue?” Cramer said.

He first examined the daily chart of the S&P 500 to explain Williams’ analysis.

The blue line represents Williams’ model of the index’s seasonal pattern, or in other words, the way it historically has traded at any given point in the year. The pattern tends to be bullish for stocks through the end of the year, meaning that the market’s recent strength could be far from over, according to Cramer.

“Williams points out there tends to be two sweet spots for the S&P at this time of year: The first runs through late November, the second runs through mid-to-late December,” he said.

Cramer also analyzed a chart of the S&P 500 that shows Williams’ short-term cycle forecast in red.

If this cycle plays out again, as it has in recent years, then stocks might fall through the end of November. However, there’s a chance that the S&P 500 could soar in early December, according to Cramer.

“Between the seasonal pattern and the short-term cycle, and also the extremely positive long-term cycle that we covered a few weeks ago, he’s seeing a lot of green lights to start buying,” Cramer said.