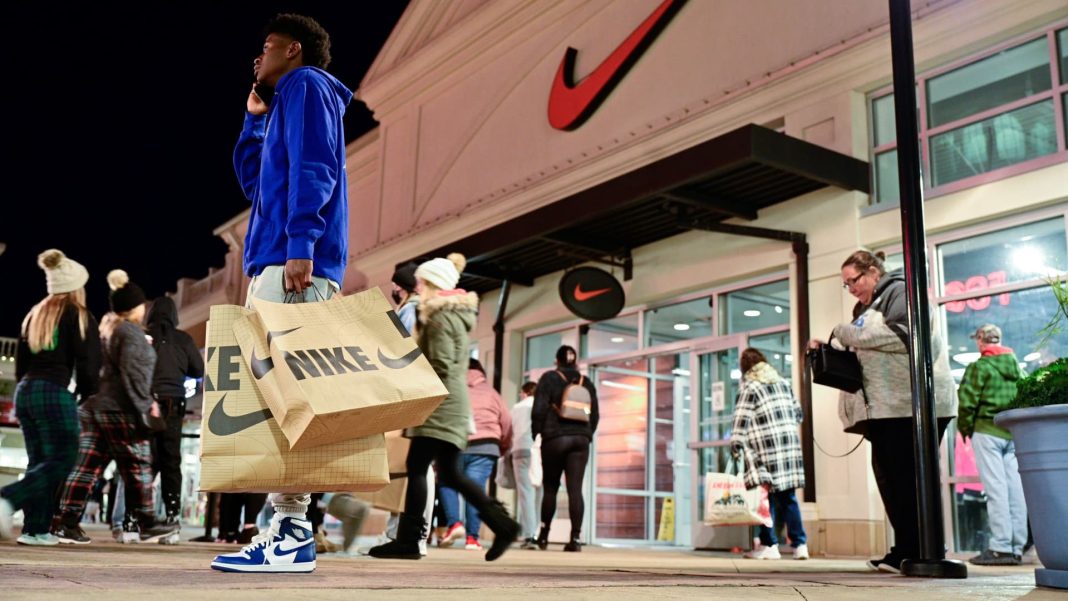 Americans are increasingly finding alternative ways to satisfy their holiday wish lists as they continue to grapple with high prices and inflation.

In many cases, that means opting for flexible payment plans.

On Black Friday through Cyber Monday, buy now, pay later payments through companies such as Klarna, Zip, Zilch, Affirm and Afterpay jumped 85% compared with the week before, according to the most recent data from Adobe. Buy now, pay later revenue rose 88% for the same period.

The option to pay in installments “means a merry Christmas, but in the long run for many will hurt their credit,” said Marshall Lux, a senior fellow at the Mossavar-Rahmani Center for Business and Government at the Harvard Kennedy School.

More from Personal Finance:
These 4 tips can help you stay out of debt this holiday season
Inflation boosts U.S. household spending by $433 a month
Reasons to say ‘no’ to a store credit card

Last year, more than half of shoppers made a purchase with BNPL they couldn’t pay off, according to a survey from Oxygen, an online-only bank.

Lux called this year’s spike in installment buying “horrible, and a real statement on how stressed the economy is, especially for the average American.”

Although inflation, overall, began to ease last month, consumer prices were up by 7.7% in October from a year ago and remain near the highest levels since the early 1980s.

Heading into November, 60% of Americans reported living paycheck to paycheck.

Despite those financial challenges, consumers spent a record $9.12 billion online shopping during Black Friday and another record $11.3 billion on Cyber Monday, according to the most recent data from Adobe.

Roughly 196.7 million Americans shopped in stores and online over the five-day Thanksgiving weekend, also an all-time high, a separate report by the National Retail Federation found.

“As inflationary pressures persist, consumers have responded by stretching their dollars in any way possible,” said NRF President and CEO Matthew Shay. “In some cases, they are taking on additional credit,” he added.

Americans use buy now, pay later as a ‘lifeline’

Spreading out the cost of a big-ticket purchase can make financial sense, especially at 0%.

“Affirm’s flexible and transparent payment options empower consumers with a valuable budgeting tool that can help them gain control over their finances and enjoy the holidays,” said Ashmi Pancholi, vice president of consumer insights at Affirm.

“For someone who has the ability to pay, this is an interest-free loan,” according to Lux.

But, the more BNPL accounts open at once, the more prone consumers become to overspending, missed or late payments and poor credit history, other research shows.

Generally, if you miss a payment there could be late fees, deferred interest or other penalties, depending on the lender. (CNBC’s Select has a full roundup of fees, annual percentage rates, whether a credit check is performed and if the provider reports to the credit scoring companies, in which case a late payment could also ding your credit score.)