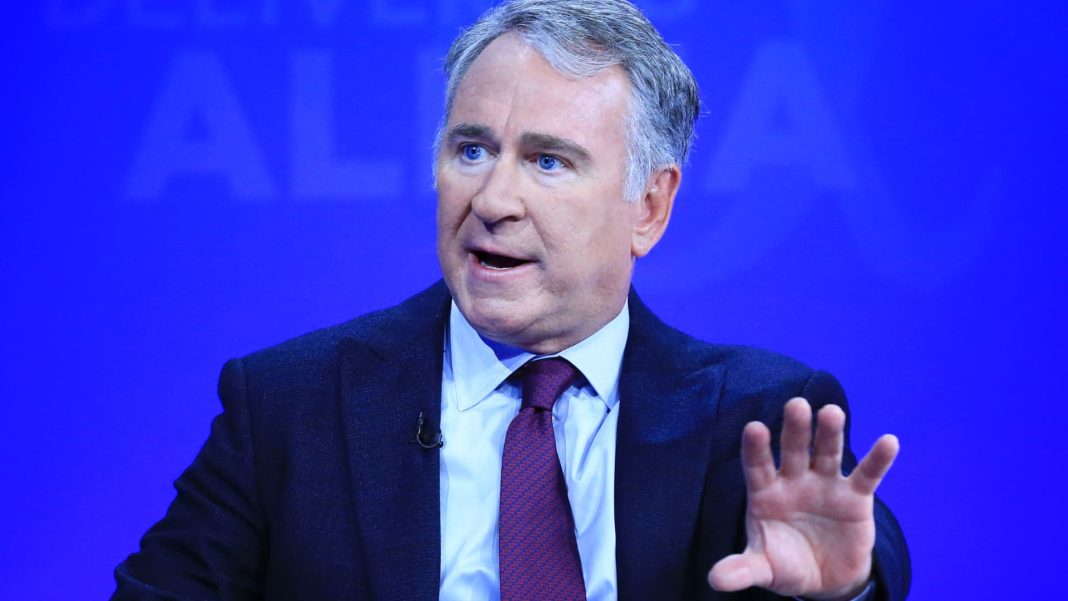 Hedge-fund billionaire Ken Griffin has sued the IRS and the Treasury Department over the “unlawful disclosure” of his tax information, escalating the battle in Washington over leaked tax filings of super-wealthy people including Warren Buffett and Jeff Bezos.

In a complaint filed Tuesday in federal court in the Southern District of Florida, Griffin, founder and CEO of Citadel, accuses the IRS of violating its “legal obligations to safeguard and protect his information from unauthorized disclosure,” and willfully and intentionally failing to “establish appropriate administrative, technical or physical safeguards” over its record system.

The claims stem from Griffin’s inclusion in a ProPublica series in 2021 examining the taxes paid by top billionaires like Elon Musk and Carl Icahn, several of whom paid zero federal income taxes in certain years. ProPublica used IRS tax data provided by an anonymous source, and it’s unclear how the data was obtained.

Griffin reported an average income of $1.7 billion from 2013 to 2018, ProPublica said, citing his tax returns. One ProPublica article focused on Griffin’s opposition to an Illinois ballot measure – which he spent $54 million to oppose – which would have increased his state tax bill by over $50 million a year.

Griffin was not listed as one of the billionaires who paid zero or low tax rates in any one year, and, in fact, the ProPublica tax information showed Griffin pays a higher effective tax rate than many top earners. It also showed he was the second-largest American taxpayer between 2013 and 2018.

In his lawsuit, Griffin said he is “proud of his success and has always sought to pay his fair share of taxes.”

He said that in or after 2019, “IRS personnel exploited the IRS’s willful failure to establish adequate administrative, technical, and physical safeguards for the IRS’s data and records systems to misappropriate confidential tax return information for the highest earning U.S. taxpayers, including Mr. Griffin, and then unlawfully disclosed those materials to ProPublica for publication.”

The IRS and Treasury didn’t immediately respond to a request for comment.

The leaked tax returns sparked an uproar in Washington, which continues to escalate. The IRS inspector general and Justice Department are investigating the disclosures, but there have been no findings or charges, and Republicans say they’re frustrated by a lack of answers.

Republican members of the House Ways and Means Committee in October sent a letter to Treasury Secretary Janet Yellen saying “the American people remain in the dark about who was responsible and how the Treasury Department allowed this to happen.” Republicans have also highlighted the leak in their opposition to the $80 billion in additional IRS funding passed by the Democrats this summer.

Griffin was the second-largest donor to Republicans in the midterm elections, according to OpenSecrets, spending $60 million on federal elections.

People close to Griffin said he’s taking on the IRS to protect Americans’ privacy and to make sure similar leaks don’t happen to others in the future.