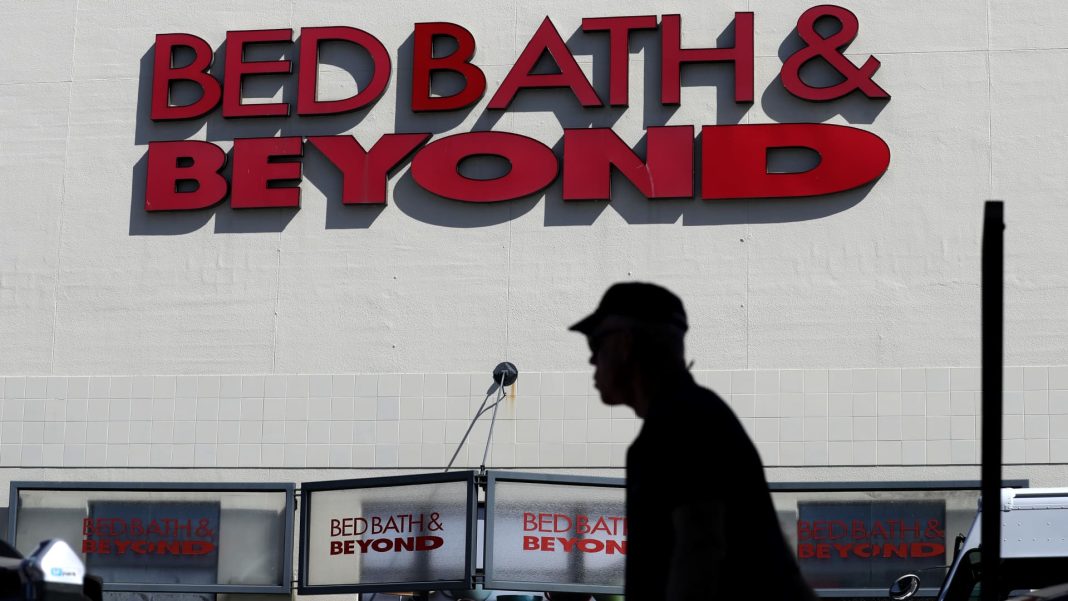 A pedestrian walks by a Bed Bath and Beyond store in San Francisco, California.

Check out the companies making headlines before the bell.

Bed Bath & Beyond — The meme stock gained 5.78%, building on its dramatic start to the year, even as the retailer warns of a potential bankruptcy. Year to date, Bed Bath & Beyond shares are up 17.1%.

Lyft — The ride-sharing stock gained 3.4% following an upgrade from KeyBanc, which Lyft should feel positive impacts from cost-saving measures including layoffs and a stabilization in demand.

Johnson & Johnson — Shares of the drug maker ticked higher by less than 1% premarket after the company reported mixed quarterly financial results. Johnson & Johnson beat profit estimates by 10 cents per share, excluding items, according to Refinitiv. It also missed revenue estimates. Its full-year outlook for earnings was slightly higher than estimates while its revenue forecast was about in line with estimates.

Blackstone — Shares rose 1.3% after JPMorgan upgraded Blackstone to overweight from neutral, saying the investment management firm is a “best in class” business that’s set for a soft landing.

Lululemon — The athleisure retailer fell 2.07% after Bernstein downgraded the stock, warning that a reset is coming for the apparel stock and noting the company is facing an inflection point in its growth.

AMD — The chip stock fell more than 2% in premarket after Bernstein downgraded the chipmaker to market perform from outperform. The Wall Street firm said the downgrade is due to the sliding computer and new parts demand in the inflationary environment.