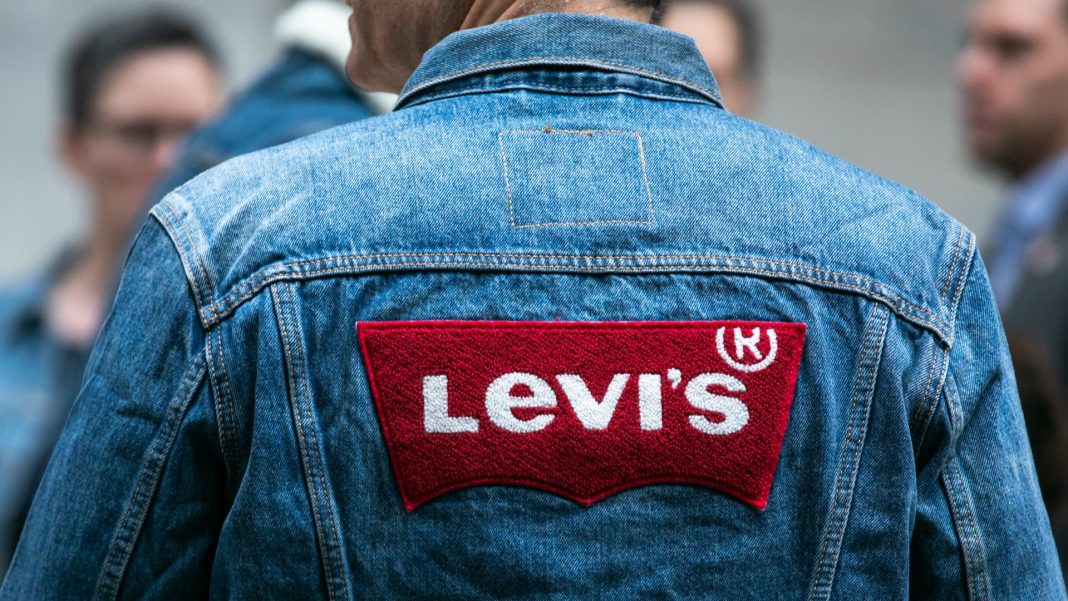 
Sliding demand for denim and a continued reliance on markdowns make it hard to expect outperformance from Levi Strauss , Bank of America said Wednesday. Analyst Christopher Nardone downgraded the clothing stock to neutral from buy. Nardone also cut his price target by $2 to $17, which reflects a 4% upside from Tuesday’s close. “While we continue to view LEVI as a best-in-class retailer with opportunity for sustainable sales growth over the medium term (combination of store growth and share gains), we think the stock is fairly valued at 8x EV/EBITDA and 14x P/E,” he said in a note to clients Wednesday. The stock slid about 2.5% in the premarket. It is up about 4.9% this year after dropping 38% in 2022. Peers such as American Eagle and Abercrombie & Fitch have said denim demand is down as consumers moved to other styles. Nardone said Levi Strauss will outperform the broader industry in denim sales, but will still struggle in the first half of the year to meet sales from the same period a year before. He also said the company could face challenges within wholesale as those retailers will remain focused on maintaining tighter inventories. Nardone said there’s also concern the company may need to keep promotions seen during the holiday season — typically the best time of year for retail — into spring. Retailers have had to turn to sales and other promotions in recent months as they attempted to buoy demand while consumers shifted spending to services, or pulled back altogether amid inflationary pressures. He said to expect markdowns to remain while also lowering his fiscal 2023 gross margin outlook to less than the Wall Street consensus. Nardone said elevated third-quarter inventory and a planned software transition in the first half of this year could elongate Levi Strauss’ timeline for finding better footing. Still, he noted the company could be helped by the warmer winter’s impact on demand and a weaker American dollar boosting Europe sales. But he said to still expect some downside to Wall Street expectations for the company given continued uncertainty around energy. Ultimately, he said Levi Strauss is “a strong retailer with an attractive store growth plan” and doesn’t foresee any disruptions once Michelle Gass takes over as CEO . But he said it’s hard to see a catalyst pushing an upside for the stock with little visibility into if the company is progressing toward its medium-term goal of a 15% operating margin. — CNBC’s Michael Bloom contributed to this report.