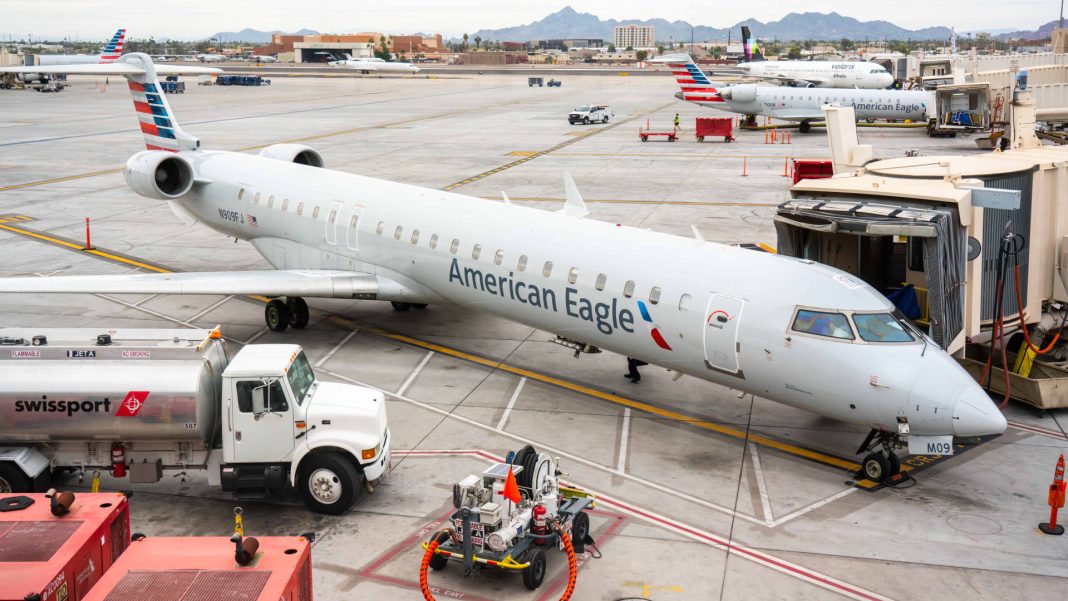 American Airlines is dropping Mesa Air, citing concerns about its partner’s financial and operational problems, an enormous blow to the regional airline that was struggling with increasing costs and the industry’s pilot shortage.

“As a result, we have concerns about Mesa’s ability to be a reliable partner for American going forward,” Derek Kerr, American’s chief financial officer and the president of American’s regional brand American Eagle, said in a staff note, which was seen by CNBC on Saturday. “American and Mesa agree the best way to address these concerns is to wind down our agreement.”

Large carriers like American, United Airlines and Delta Air Lines routinely contract regional airlines to fly many shorter routes and they account for roughly half of departures, though that number varies by airline.

Mesa had a net loss of about $67 million in the nine months ended June 30, according to a securities filing. Last week, the Phoenix, Arizona-based airline postponed its quarterly earnings report. Mesa didn’t immediately respond to a request for comment.

American plans to concentrate its flying with its wholly owned regional subsidiaries like Envoy and PSA, as well as an independent regional carrier SkyWest. Air Wisconsin will also fly for the American Eagle brand, starting its agreement earlier than originally planned, Kerr said.

The final Mesa flight for American will be on April 3 though American is slashing Mesa flights in March, Kerr said in his note.

“The flying previously done by Mesa will be backfilled by these high-quality regional carriers as well as our mainline operation, ensuring we can continue to build and deliver the very best global network for our customers,” Kerr wrote.

Share
Facebook
Twitter
Pinterest
WhatsApp
Previous article
Sam Bankman-Fried will now surrender himself for extradition before Bahamian court Monday: Source
Next article
The B-21 Raider and the future of the Air Force bomber force
- Advertisement -