5 things to know before the stock market opens Wednesday, November 23 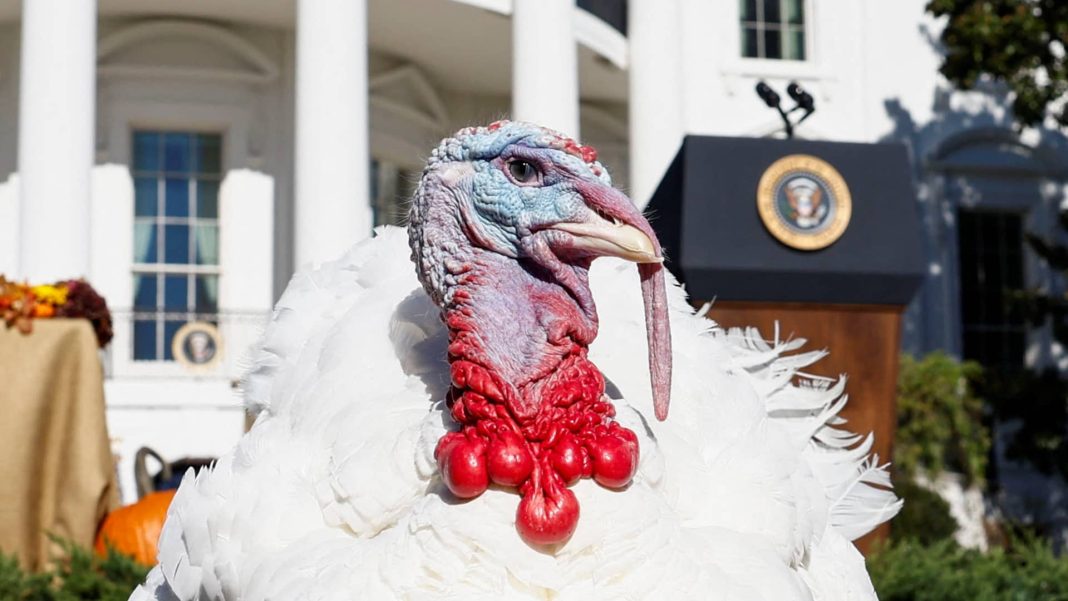 The National Thanksgiving Turkey stands on the South Lawn of the White House in Washington, U.S., November 21, 2022.

It’s the day before Thanksgiving, so Americans are spending more attention on getting to their relatives’ houses or preparing their own homes for the big meal, but there’s still plenty to watch. The Federal Reserve is slated to release the minutes from its last meeting, which could give investors more to consider as they game out the next few rate hikes. Jobless numbers and mortgage application data are also on the menu Wednesday. U.S. stock markets are coming off a positive Tuesday, as well, so investors are looking for more momentum as the holiday shopping season tests retailers and consumers alike. U.S. markets are closed Thursday and will close early Friday. Read live market updates here.

Computer company HP Inc. said Tuesday that it would lay off between 4,000 and 6,000 employees over the next three years as demand for personal computers weakens. The announcement came as HP released quarterly results that included a 13% year-over-year decline in revenue for its business segment that includes PCs. The comapny’s plans also came after other tech companies, such as Facebook parent Meta, Salesforce and Amazon, all said they would cut jobs as their businesses adapt to a steep decline in demand from earlier days in the Covid pandemic.

New York Governor Kathy Hochul speaks during a New York Women “Get Out The Vote” rally ahead of the 2022 U.S. midterm elections, in Manhattan, New York City, November 3, 2022.

New York Gov. Kathy Hochul signed a law Tuesday that imposes a two-year moratorium on certain kinds of bitcoin mining that depend on carbon-based power. Hochul hailed the law as the first of its kind in the country, and, indeed, industry insiders told CNBC’s MacKenzie Sigalos that they think it could set off a domino effect. The measure confronts environmental concerns about the amount of computing energy used to mine bitcoin, but it also comes during a period of chaos and upheaval in the crypto industry due to the sudden collapse of Sam Bankman-Fried’s FTX.

Authorities said at least seven people, including the shooter, are dead after a massacre Tuesday at a Walmart store in Chesapeake, Virginia. The company said it was “shocked” by the crime. “We’re working closely with law enforcement, and we are focused on supporting our associates,” Walmart said on Twitter. It’s the second mass shooting in days, following a gunman’s attack on a LGBTQ nightclub in Colorado over the weekend. The Walmart shooting also occurred as people were picking up last-minute items for Thursday’s Thanksgiving meals – and days before shoppers are expected to flock to stores to take advantage of Black Friday bargains.

President Joe Biden’s administration Tuesday said it extended a pause on federal student loan payments through June, or before then if courts allow Biden’s student loan forgiveness program to go into effect. A federal appeals court last week halted the plan, which offers up to $20,000 in loan forgiveness, with a nationwide injunction. “We’re extending the payment pause because it would be deeply unfair to ask borrowers to pay a debt that they wouldn’t have to pay, were it not for the baseless lawsuits brought by Republican officials and special interests,” Education Secretary Miguel Cardona said Tuesday.