5 things to know before the stock market opens Thursday, January 5 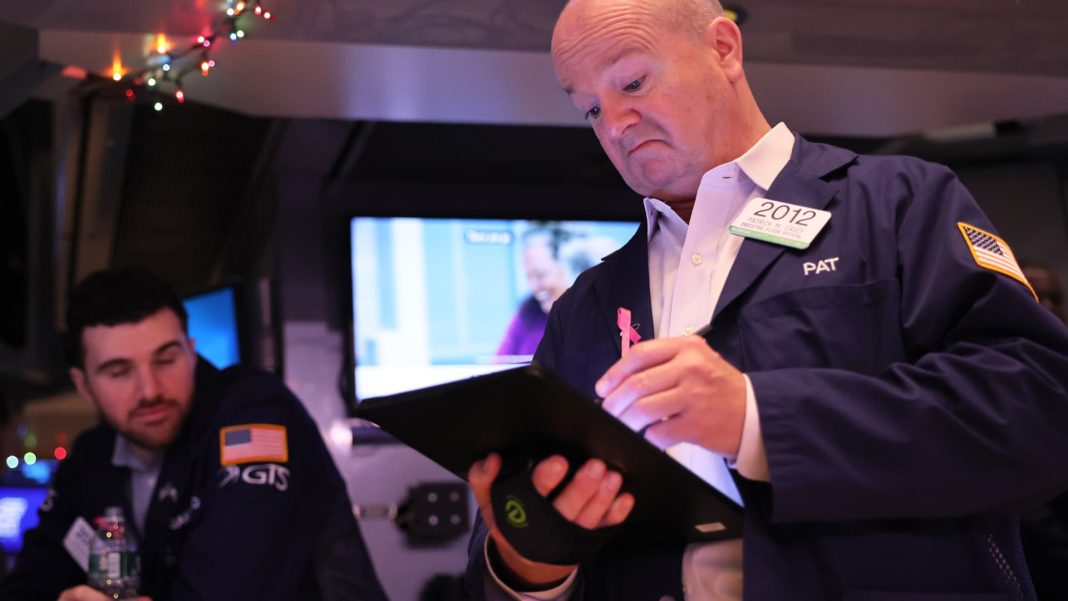 Traders work on the floor of the New York Stock Exchange during morning trading on January 04, 2023 in New York City.

U.S. stock markets bounced back a little Wednesday, with the S&P 500 rising 0.75%, the Nasdaq increasing 0.69% and the Dow jumping 133 points. But while it was a positive session, it was not without some choppiness as investors considered new job openings data (fairly strong) and Fed minutes (more on that below). December’s jobs report is coming Friday morning, as well, so market watchers still have another big data point to chew over this week. Read live markets updates here.

Amazon CEO Andy Jassy speaks during the GeekWire Summit in Seattle on Oct. 5, 2021.

Amazon plans to lay off more than 18,000 employees, far more than initially expected. In November, CNBC reported that Amazon, which employs more than 1.5 million people, expected to lay off 10,000 people. The move comes after several other tech companies slashed their payroll, including Salesforce, which said Wednesday morning it would cut 10% of its workforce. Amazon CEO Andy Jassy announced the staff reductions Wednesday evening after a news report about the layoffs blew up the company’s plans to disclose the job cuts. “However, because one of our teammates leaked this information externally, we decided it was better to share this news earlier so you can hear the details directly from me,” Jassy wrote in a post on the company blog.

The Federal Reserve released the minutes from its December policy-setting meeting Wednesday. While the central bank didn’t exactly give investors what they wanted, it didn’t exactly rock the boat too much, either. “Participants generally observed that a restrictive policy stance would need to be maintained until the incoming data provided confidence that inflation was on a sustained downward path to 2 percent, which was likely to take some time,” a summary of the minutes said. The Fed is expected to raise rates again at its next meeting, which concludes Feb. 1, although traders think it could be a smaller increase than December’s half-percentage-point hike.

In this photo illustration, the Cox Communications logo is displayed on a smartphone screen.

Cox Communications, the privately held cable and internet giant, will join its publicly traded rivals in offering a nationwide mobile service to its customers. Cox, which has 7 million customers in 18 states across several regions of the U.S., intends to offer plans similar in price to what Comcast and Charter sell to their customers. Cable and internet providers have been ramping up mobile offerings as a way to keep customers using their broadband services, particularly as more people ditch cable in favor of streaming services. Read more from CNBC’s Lillian Rizzo here.

U.S. House Republican Leader Kevin McCarthy (R-CA) gets a pat on the back from one of his House colleagues prior to a fourth round of voting for a new House Speaker on the second day of the 118th Congress at the U.S. Capitol in Washington, U.S., January 4, 2023.

The United States House of Representatives on Thursday entered its third day without a speaker, leaving a large part of the federal government in chaos and confusion. Until a speaker is chosen, no member of the House can be sworn in. Kevin McCarthy, the Republican leader, on Wednesday failed another three times in his bid to take the gavel as a small but stubborn faction of hard-right lawmakers continued to vote against him, despite a renewed endorsement from former President Donald Trump. It is unclear when the Republicans will break the stalemate. Democrats, who nominated their new leader, Hakeem Jeffries of New York, for speaker, have shown no willingness to bail them out of their mess.