5 things to know before the stock market opens Thursday, December 29 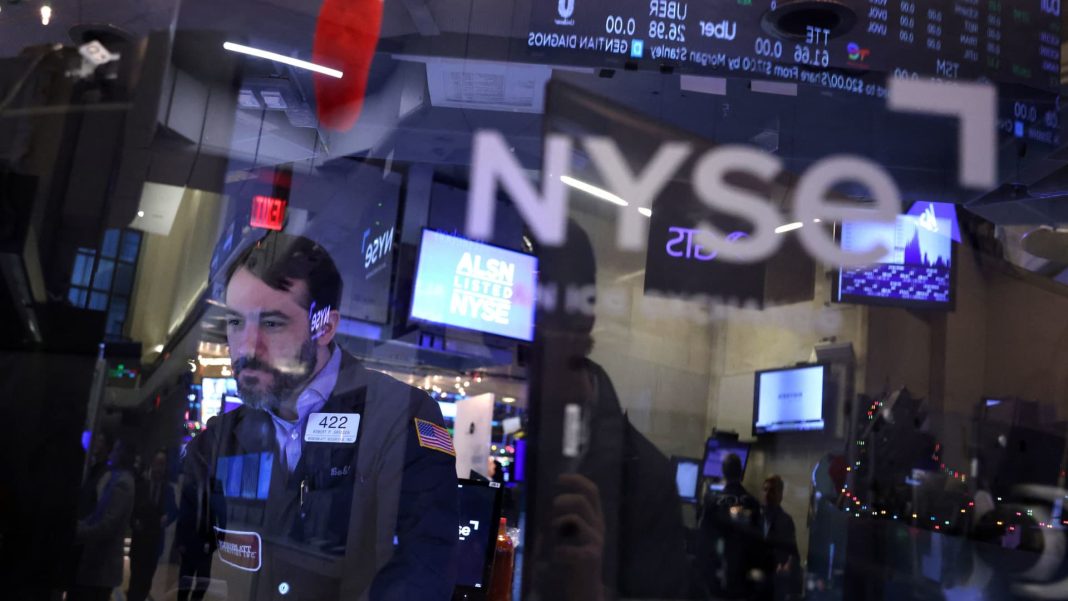 A trader works on the trading floor at the New York Stock Exchange (NYSE), December 14, 2022.

Welcome to the penultimate trading day of 2022. Even if these next two days are good – and the past few days would indicate otherwise – U.S. stocks are set to finish their worst year since 2008. Back then, the economy was mired in a massive financial crisis, Barack Obama had just been elected president, and James Cameron’s first “Avatar” movie was still a year from being released. Stocks are coming off a down Wednesday, which saw all three major indices slide more than 1%. Apple, in particular, was a big drag, as it hit a new 52-week low. Read live markets updates here.

Elon Musk has been wrapped up in Twitter since he completed his $44 billion acquisition in October, but he took some time Wednesday to write to his employees at Tesla. The brief note acted as a rallying cry, urging employees to do whatever they can to get cars to customers before the end of the year. He ended it with a postscript urging employees not to be “too bothered by stock market craziness,” an acknowledgment of Tesla shares’ recent sharp declines. “Long-term, I believe very much that Tesla will be the most valuable company on Earth!” he wrote. Tesla shares rose more than 3% Wednesday, but they are down 68% this year.

The Netflix logo is seen on a TV remote controller, in this illustration taken January 20, 2022.

No matter where media companies looked this year, there was bad news. Netflix actually lost subscribers for the first time in years, while Disney acknowledged that its subscriber growth goals were too ambitious. Paramount struggled, too, despite having the year’s hottest movie (“Top Gun: Maverick”) and the biggest television franchise (“Yellowstone”). Warner Media merged with Discovery to create the debt-loaded Warner Bros. Discovery, which cut costs (and jobs) at a rapid clip. A shriveling ad market weighed on the TV business across the board, despite a boost from midterm campaign political spending, and cord cutting picked up at pay TV providers. Guess what? 2023 doesn’t look so hot, either. Read more from CNBC’s Lillian Rizzo.

Speaking of Disney, its big year-end release is indeed delivering at the box office. James Cameron’s “Avatar: The Way of Water” spooked some investors when it opened two weeks ago with a less-than-expected $134 million in North America. Since then, the movie’s performance has resembled that of its predecessor, 2009’s “Avatar,” which steadily piled up cash on its way to become the highest-grossing movie of all time. “The Way of Water” is off to an even better start, making more than $1 billion in 14 days, five days ahead of the pace of the original. But the sequel will likely not match the first movie’s haul, largely due to China. The market was instrumental to the 2009 movie’s success, but this time, Covid is rampaging through the country, filling up hospitals and keeping theaters largely empty.

Russia on Thursday morning launched more than 100 missiles at Ukraine, hitting capital Kyiv and other cities, according to Reuters. Authorities cut power in the Odesa and Dnipropetrovsk regions as Ukraine looks to avoid further damage to its energy infrastructure. The latest Russian barrage came as Vladimir Putin’s government rejected a peace proposal from Ukraine. Moscow wants Ukrainian President Volodymyr Zelenskyy’s government to recognize the regions of the country Russia has illegally annexed, but that’s a non-starter for Ukraine.